William Laud was appointed Archbishop of Canterbury by Charles I in 1633 and supported the King during the English Civil War.

He was arrested by Parliamentary forces in 1640 and kept prisoner in the Tower of London for five years, before eventually being beheaded in January 1645. 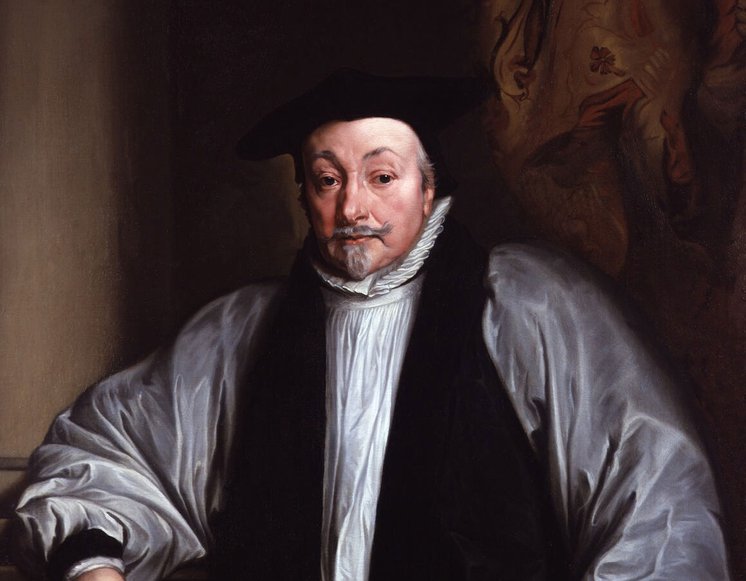 Portrait of Archbishop William Laud, circa 1636.

Laud was a student and later a fellow at St John's College, Oxford, and after his execution, his body was returned to the college and buried in the chapel.

His ghost is said to often be seen bowling his head across the library floor!