People passing the Holt Hotel at Hopcrofts Holt are often intrigued by the dramatic signpost bearing a carving of a highwayman.

There has been a coaching inn at this isolated spot since 1475. It is famed for being the haunt of 17th-century highwayman Claude Duval. 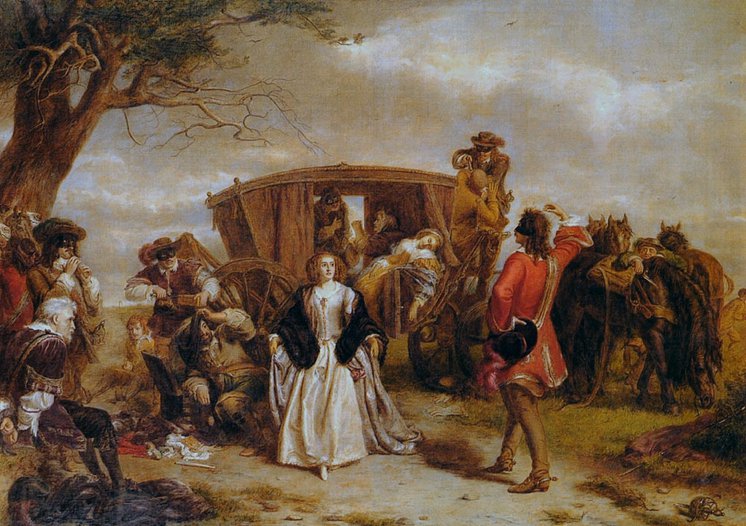 Duval came from a decayed aristocratic family and became something of a folk hero. He reportedly hated violence and when holding up stagecoaches would always treat the people he was robbing with the utmost civility and politeness.

Eventually, his notoriety forced him to flee to France, but he later returned to England where he was finally arrested in a Covent Garden tavern. He was hanged for his crimes at Tyburn in January 1670.

There are many reports of Duval's ghost being seen in and around what is now called the Holt Hotel. His ghost is particularly associated with room 3.

There are also reports of heavy footsteps being heard in empty corridors, and voices coming from an empty attic. Duval was known to have an eye for the ladies, which is perhaps why female guests at the hotel particularly report the sensation of being watched. 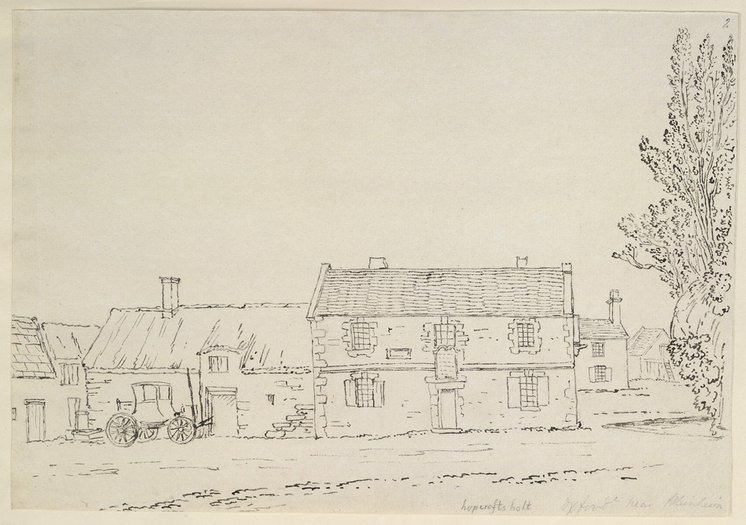 Illustration of the coaching inn at Hopcrofts Holt by Samuel Hieronymus Grimm, 1783

Mr. and Mrs. Spurritt (or Spurrier), the proprietors of the Holt Hotel, were found murdered at the hotel in 1754. John Spurritt was discovered by servants in a pool of blood in the kitchen, having been viciously beaten around the head with a heavy ash club that lay discarded nearby.

His wife was found alive but insensible in an armchair by the fire, her arm broken and her head badly bruised. She died three days later, without regaining consciousness.

The hotel had been ransacked and the hotel's taking stolen, as well as other items of clothes and other valuables. The police investigation that followed failed to result in any arrests, and the coroner's inquest returned a verdict of 'wilful murder by person or persons unknown'.