The Burning of the Oxford Martyrs

An iron cross set into the middle of an Oxford street marks the place where three prominent Protestant bishops were burned at the stake in 1555 and 1556 for refusing to convert to Catholicism.

The bishops were Hugh Latimer, Nicholas Ridley and Thomas Cranmer. The trio were victims of Queen Mary I, often called 'Bloody Mary', who had come to the throne in 1553. Despite initially promising that citizens would not be compelled to conform to her Catholic faith, by late 1553 she had clashed with senior figures in the Anglican church.

Latimer, Ridley and Cranmer were imprisoned for months before being tried at the University Church of St Mary the Virgin in Oxford. Latimer and Ridley refused to recant their Catholicism and were quickly sentenced to death.

Cranmer did recant and signed documents avowing himself to the Catholic church. This was enough to gain him a stay of execution during which he was forced to watch Latimer and Ridley being burned at the stake, but it was not enough to save him. The following year Cranmer was burned at the stake. 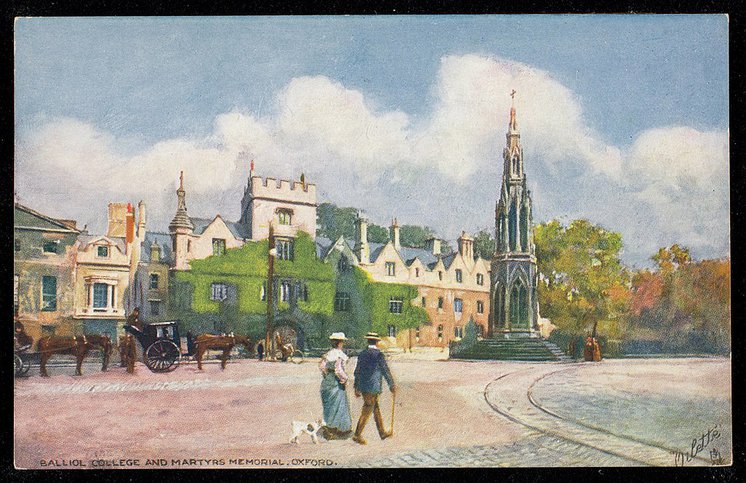 A postcard from 1903 depicting the Martyrs Memorial. Credit: Public domain

Burned at the stake

The burnings took place at a spot in what is now Broad Street but then was just outside the city's gate. The method of death was extremely painful, particularly for Nicholas Ridley whose side of the bonfire burned extremely slowly causing extreme suffering.

His brother-in-law even put extra kindling on the fire in the hope of speeding Ridley's death. Ridley reportedly wore a bag of gunpowder around this neck, but was forced to thrust his face into the flames in order to finally ignite it and bring his ordeal to an end. 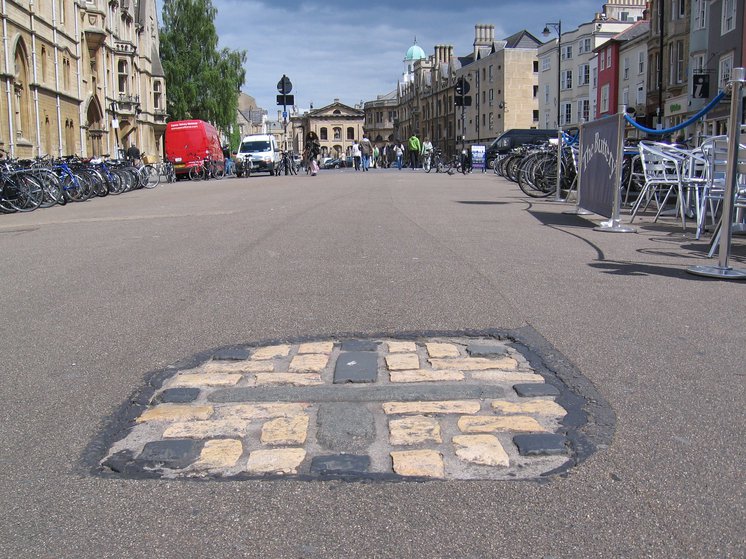 The cross in Broad Street that marks the spot where the Oxford Martyrs were burned at the stake. Credit: Pedestrian saint, licensed under CC BY-NC-ND 2.0, via Flickr.

There are reports that a strange supernatural glow can sometimes be seen around the iron cross which marks where the burnings took place.