There are a number of legends associated with this Neolithic stone circle on the Oxfordshire/Warwickshire border.

The site consists of three main groups of stones, known as The King's Men, The King Stone and The Whispering Knights.

An army turned to stone

According to folklore, the stones are a king and his army who were turned to stone. The army was marching across the hill when a local witch challenged the king, saying “Seven long strides shalt thou take and if Long Compton thou canst see, King of England thou shalt be”.

On the king's third stride a mound rose up in front of him, blocking his view of the nearby Long Compton, and the king and his army were turned to stone.

The witch turned into an elder tree, which is supposed to still be in a nearby hedge. Supposedly if the tree is cut down, the spell will be broken and the army will return to life. 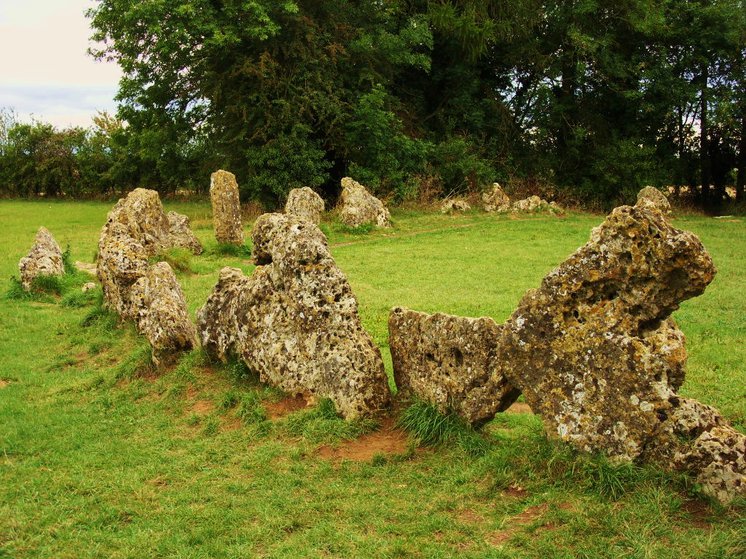 Another tale recorded by Sir Arthur Evans in 1895 is that some of the stones, notably the King Stone and the Whispering Knights, have been known to come down the hill at midnight to drink from the stream at Little Rollright Spinney.

With megalithic monuments, a common belief is that misfortune will befall anyone who attempts to remove any of the stones. The stones at Rollright are no exception. 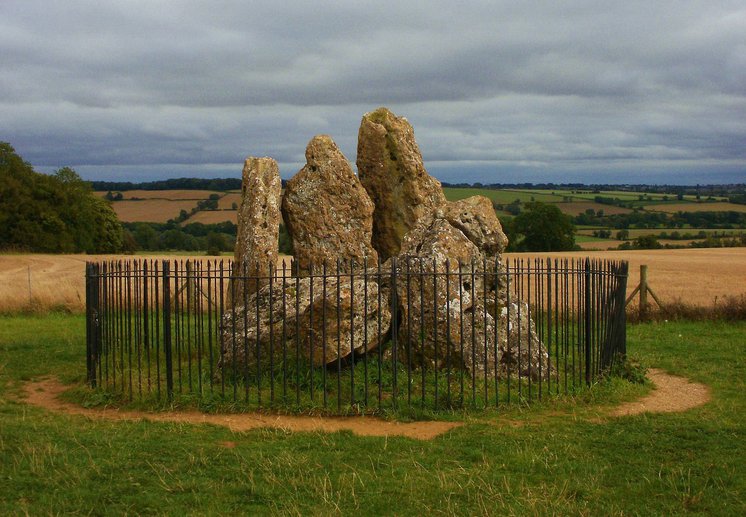 Move these stones at your peril!

One story recorded by Leslie V. Grinsell in 1936 is that a man once attempted to remove one of the larger stones to use as a bridge over a stream. It took four horses to drag the stone down the hill, but two men were killed in the process until local villagers intervened to return the stone to its original spot.

Despite needing four horses to pull the stone downhill, it apparently only took a single horse to pull it back up to its original position!

Another belief about the main ring of stones at Rollright is that it is impossible to count the number of stones, trying to do so will always result in a different number. This belief was recorded by B.H. Cowper in an 1833 edition of Notes and Queries.

In Folklore of Oxfordshire Christine Bloxham mentions that fairies have been seen at the Rollright Stones, and were described by the man who saw them them as 'little folk like girl to look at'.

The fairies were said to have come out of a hole near the base of the King Stone, and if a stone was placed blocking the hole it would be found to have been moved the following morning.

According to another source mentioned in Bloxham's book, fairies could be seen near the Whispering Knights, but only by those who had "led a pure life." A fine excuse to tell your skeptical friends if ever I heard one!