The Stain of Dean Liddell at Christ Church

Henry Liddell was Dean of Christ Church College from 1855 to 1891. His daughter Alice became famous when she inspired Liddell's friend Reverend Charles Dodgson (better known by his pen name Lewis Carroll) to write Alice's Adventures in Wonderland and Through the Looking Glass.

Alice's sister Edith died young, a death that effected Henry Liddell so greatly that for many years the speaking of Edith's name was banned in the Liddell household as it caused Henry so much distress to be reminded of her. After her death a plaque dedicated to Edith was placed in Christ Church Cathedral.

After Dean Liddell's death in 1898 the cathedral also became the location of a supernatural mystery. A stain appeared on the wall that was said to bear an uncanny resemblance to Dean Liddell. 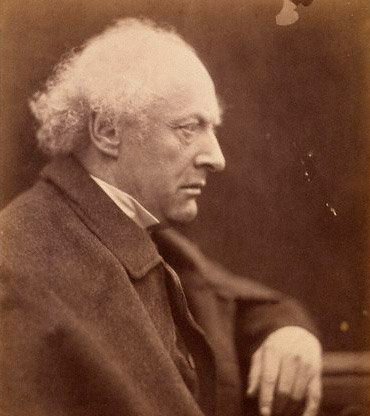 Photograph of Henry Liddell circa 1870.

The face in the stain was in profile, it's eyes seemingly gazing left towards his daughter Edith's memorial plaque. The stain remained for nearly three years and photographs of it appeared in national newspapers.