A Murder in Woodcote

On the morning of 7 May 1839, Mary Lambden went to visit her widowed neighbour, the 84-year-old Fanny Phillips and found her front door broken open.

Lambden summoned her husband James and the pair entered the house to find Fanny Phillips brutally beaten to death in her bedroom.

A police constable from Henley named Henry Stephens was summoned to investigate the murder. A bag of carpenter's tools was found outside Fanny Phillips's cottage, which was discovered to have been stolen from a man named John Hore some weeks before.

A few weeks previously James Lambden had been working a job with another local man named Charlie Morley who had mentioned the widow Phillips.

Morley had quizzed Lambden about whether she lived alone, and where she got her money from. Lambden had told him that he believed the widow Phillips had some money stashed away in her cottage. 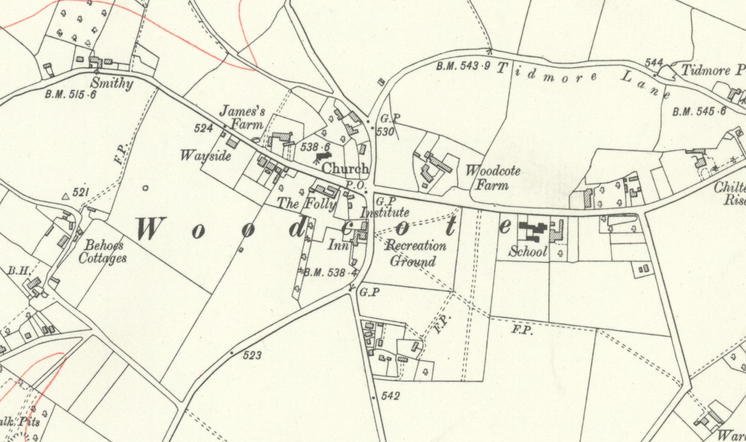 James Lambden also revealed that on the day before the murder he had been with Charlie Morley and Morley had complained of not having money for beer.

However, on the following day after the body was found Morley had been seen going into a 'beer shop' and purchasing alcohol. Where had the money come from?

Constable Stephens questioned Morley and searched his home, finding a file that John Hore later identified as having come from the bag of tools that was stolen from him. Morley denied the theft, saying he had found the file on the side of a road.

Morley was taken into custody but unfortunately for Constable Stephens, the stolen file turned out to be insufficient evidence to try Morley for the murder of Mrs. Phillips.

However, Morley was prosecuted for the theft of the bag of tools which, combined with a previous felony conviction, was enough to get him sentenced to transportation to Australia.

A break in the case

It was beginning to look like nobody would be held responsible for the murder of Mrs. Phillips, when one of Morley's fellow prisoners came forward. The man claimed that while sharing a cell with Morley, Morley had confessed to the murder of Fanny Phillips, claiming that he had stolen her life saving, amounting to £300 (around £20k today) in coins.

Constable Stephens searched Morley's house again and found the stash of coins hidden on a rafter up in the thatch of the roof.

The final nail in Morley's coffin came in the form of a prison visit from his brother-in-law Henry Burgess. Burgess told Morley that the money had been found at his house, but Morley replied that they hadn't found everything. He told Burgess that he had also stolen Fanny Phillips's wedding ring. This he had hidden in a razor case at his mother's cottage.

This was the evidence that Constable Stephens needed. He searched Morley's mother's house and found the razor case with the ring inside.

Armed with this new and damning evidence, Stephens finally had Charlie Morley brought back to Oxford to face trial for the murder of Fanny Phillips.

The judge sentenced Morley to death for his crime, a sentence which was carried out a few days later in front of a huge crowd.