The Hoar Stone, illustration from The Gentleman's Magazine, 1824

The Hoar Stone at Enstone

The Hoar Stone lies at a crossroads between Enstone and Fulwell. Only three stones stand today, but older descriptions of the site describe a considerably larger monument, constituting the entrance to a large chambered tomb.

The stones are supposed to stand on the intersection of two lay lines, the east-west one connecting with the Hawk Stone to the west at Dean. 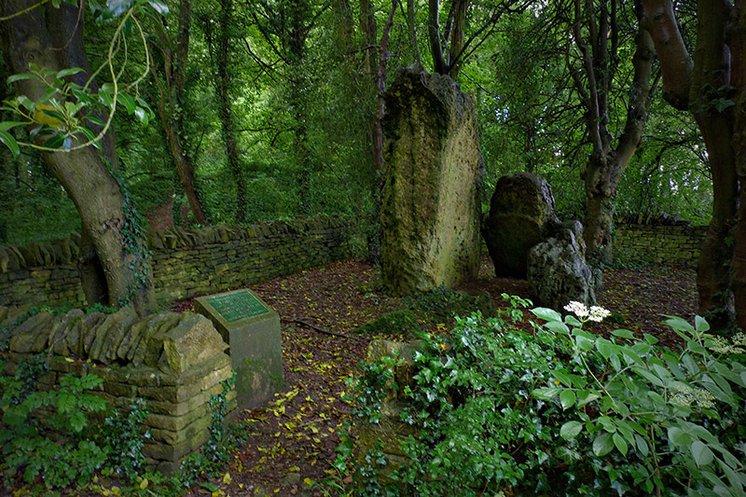 Legend of the Old Soldier

There are a number of local legends about the stones. One of the local names for the largest stone is the 'Old Soldier', and it is believed that the stone goes down to the village pub for a drink on midsummer's eve!

In another version of the story, the stone instead goes to the brook at Woodford to drink the water.

This story is similar to stories about other local standing stones such as the King Stone at the the Rollright Stones, and the standing stone at Lidstone near Chipping Norton, which were also said to go down to nearby streams at midnight to have a drink.