Photo: Snapshots Of The Past, CC BY-SA 2.0, via Wikimedia Commons

A Statue to Dagon at Banbury?

Fans of classic horror fiction may recognise the name 'Dagon' as one of H.P. Lovecraft's fictional monsters, but few know that the deity known as Dagon actually has a Banbury connection!

The destruction of Banbury Cross

The monument known as Banbury Cross was made famous by the nursery rhyme 'Ride a cock horse' which dates back to the early 18th century. The origin of the legend concerning a 'white lady' with 'rings on her fingers and bells on her toes' is uncertain, but what is known is that the original Banbury Cross was pulled down in a fit of religious zeal on 26 July 1600.

The puritanical town authorities had come to regard with suspicion the reverence with which the townsfolk treated the various crosses in Banbury (there were originally three, known as High Cross, Bread Cross and White Cross). They considered the High Cross, with its carvings of Christ on the cross and Mary and her child, to be the sort of religious idolatry that should be wiped out.

When the cross finally fell, the soon-to-be town bailiff Henry Shewell reportedly cried out 'God be thanked, Dagon the deluder of the people is fallen down!' 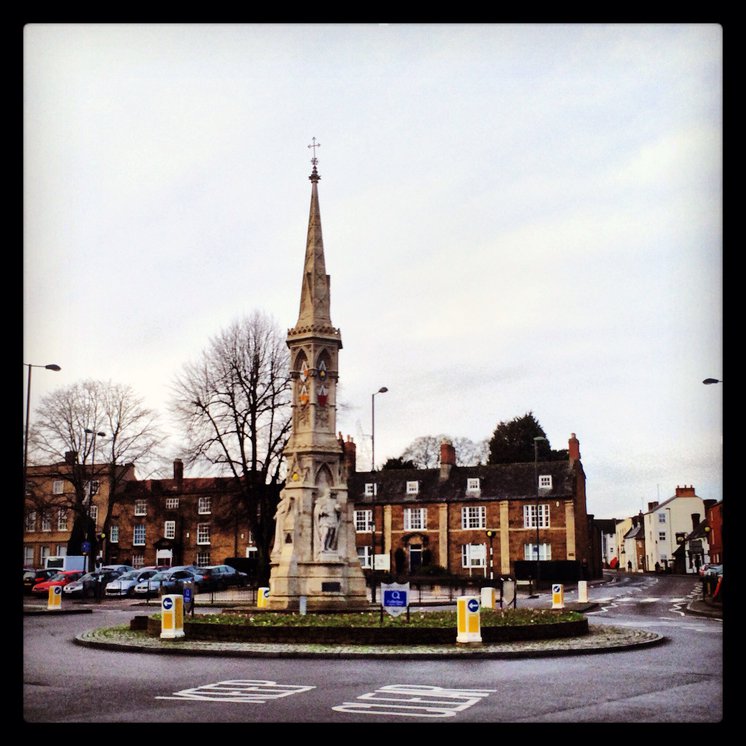 The Dagon he referred to here was a Middle Eastern fish deity mentioned in the old testament Book of Samuel.

In the biblical story, the Ark of the Covenant was stolen by Philistines and taken to Dagon’s temple in Ashdod in modern-day Israel. The following morning the Philistines awoke to find their statue of Dagon smashed on the floor in front of the Ark, a none-to-subtle hint from God that they should mend their pagan ways!

The toppling of the High Cross was followed by the destruction of the Bread Cross and White Cross, after which there were no crosses of this sort in Banbury for another 259 years. This changed in 1859 when a new cross was erected at the junction of the High Street, West Bar Street and the Oxford and Southam Roads to commemorate the daughter of Queen Victoria's marriage to Prince Frederick of Prussia.