A Time-slip in St Margaret's Road

When the book An Adventure was published in 1911, it caused a sensation. It purported to be the true account of how two English women touring the grounds of the Palace at Versailles had either traveled through time or perhaps witnessed a very vivid haunting.

An adventure through time?

They claimed to have found themselves walking through scenes from the palace's past, including seeing the ghost of Marie Antoinette and experiencing the gardens as they would have been in the 1700s.

The book was published anonymously and it was not until after their deaths in 1931 that the identities of the two authors were made public.

They were Charlotte Anne Moberly and Eleanor Jourdain of Oxford. The pair were senior staff members at St Hugh's College, both having held the role of Principal of the college at different times. 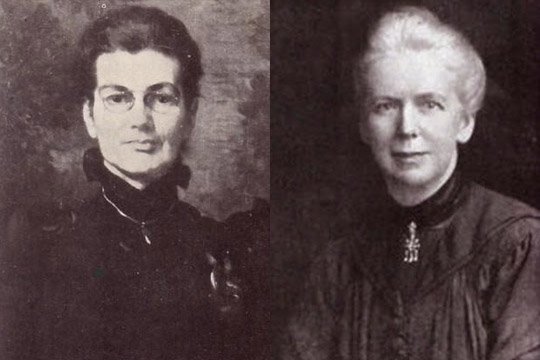 Their claims were much derided at the time, and since then there have been numerous theories put forward to explain what they claim to have seen, ranging from hallucinations to having stumbled into a fancy dress party. Nevertheless, the story captured the public's imagination.

Both Moberly and Jourdain claimed to have had other similar supernatural experiences both before and after their experience at Versailles.

Most notably Eleanor Jourdain claimed to have experienced a similar 'time-slip' in the road outside St. Hugh's College in St. Margaret's Road, Oxford.

She described having seen a prisoner dressed in the style of the Middle Ages being dragged down the road, which was lined by jeering crowds wearing clothing of a similar period.