A Tudor Lady at Rycote Chapel

Rycote Park was once the site of a Tudor palace and manor house that in its heyday was frequented by the likes of Henry VIII and Elizabeth I.

Now the only part remaining is the pretty Rycote Chapel, which is believed to be haunted by the ghost of a Tudor woman. 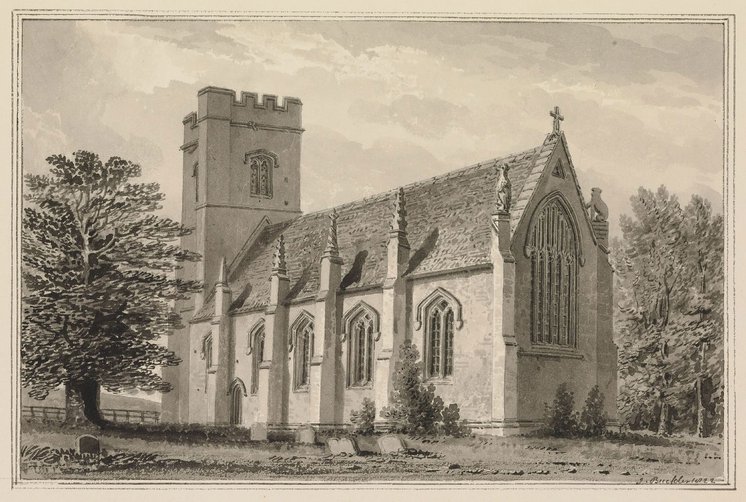 Indian ink drawing of Rycote Chapel from the south-east by John Buckler, 1822.

Known as the Grey lady, the apparition is seen walking outside the chapel and by a yew tree that stands nearby.

The church is also reported to be haunted by the apparition of a brown monk, and also a woman in 17th-century milkmaids garb.