An Exorcism at Bampton Manor House

Bampton Manor House is an imposing 18th-century building that was built on the site of an earlier farmhouse.

According to Paranormal Oxford by Ross Andrews, at one point the residents were so troubled by ghosts that they were forced to take serious measures to banish them.

Trapped in a barrel of beer

The haunting took the form of both sightings of a shadowy form and also poltergeist activity around the house.

Alarmed by these happenings, the family called in professional help (presumably a priest) to perform an exorcism. In the past, it was common practice to do this by summoning up the restless spirit in question and trapping it in some kind of vessel, which was then disposed of, as in the case of Lady Tanfield of Burford, whose spirit was trapped in a bottle and the bottle thrown into the river. 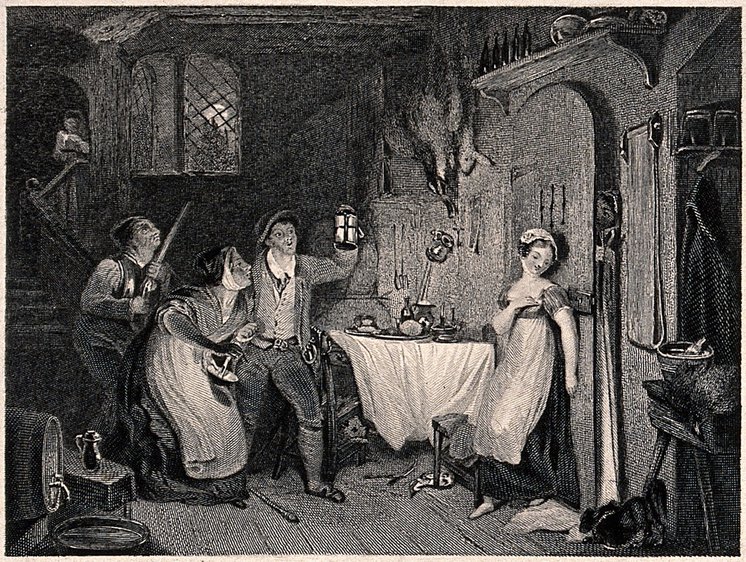 'The exorcism of a ghost'. Engraving by E. Portbury after F.P. Stephanoff. Credit: Licensed by CC BY 4.0, via Wikimedia Commons

This is what happened at Bampton Manor House, though in this case, the unusual vessel chosen was a barrel of beer! Somewhat riskily, rather than disposing of the barrel the family opted to keep it in the cellar below the house where it apparently remained for many years.

You could argue that this was asking for trouble, with the risk that some unsuspecting person would go looking for a drink of beer, open the barrel, and release the spirit once more!

Ross Andrews doesn't mention whether this ever occurred but does say that the whereabouts of the barrel is now unknown, so perhaps someone decided to play safe and chuck it out after all.