The church at Ewelme contains a rare example of a cadaver monument, also known as a 'momento mori monument'.

The monument in question is the tomb of Alice Chaucer, Duchess of Suffolk (c. 1404 – 1475), who was the poet Geoffrey Chaucer's granddaughter. 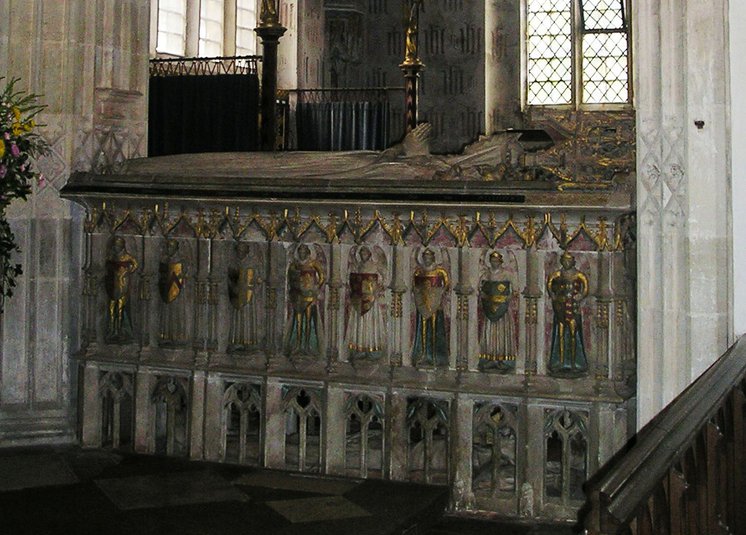 The tomb is an elaborate chest tomb, on the top of which is an alabaster sculpture of Alice Chaucer reclining with her hands closed as if resting in quiet prayer.

Below this, viewed through the carved arches in the tomb, can be seen a rather gruesome sculpture of Alice's cadaver, complete with gaunt skin stretched across her wasted skeletal frame!

A reminder of death

'Momento mori' means 'reminder of death', and the purpose of tombs such as these was to remind the living of the transience of life and the inevitability of death, presumably to encourage them to consider how their actions in life would reflect on their immortal soul.