Anti-vaccination protests may seem like a depressingly modern phenomenon, but when smallpox vaccinations for all babies were made mandatory in 1853, there was considerable resistance from some parts of the UK population.

In 1897, events in Charlbury hit the headlines nationwide and the small town found itself at the centre of the national debate around vaccinations.

Concerns around vaccination in the late 19th century were considerably more rational than they are today. Vaccination practices were in their infancy, and this, combined with poor hygiene practices, meant that the chance of your baby experiencing side effects such as infections were a lot higher.

By 1897, vaccination against smallpox was a routine thing, with Vaccination Officers in every town to make sure that all babies received their smallpox vaccination before they reached three months of age.

Despite this, there were still pockets of resistance to vaccinations, and the Vaccination Officer was also responsible for issuing fines to any parents who neglected to, or refused to, have their child vaccinated.

Resistance to vaccination in Charlbury

In late 1896, ten parents in Charlbury both refused to allow their children to be vaccinated and refused to pay the resulting 13/6d fine.

As a result, in early 1897 a troop of police constables descended on the homes of nine of the offending parents and priced up a number of items of furniture. The plan was that these items would be compulsorily auctioned off to pay off the fines.

A protest is planned

When news of the police's actions spread throughout Charlbury, it caused outrage. A bill was posted advertising 'a meeting to protest against this modern slavery' at the Charlbury Town Hall on the same day as the auction, 3rd February 1897.

The headline act of this meeting was to be Lieutenant-General Arthur Phelps, a retired military man who was President of the National Anti-Vaccination League. 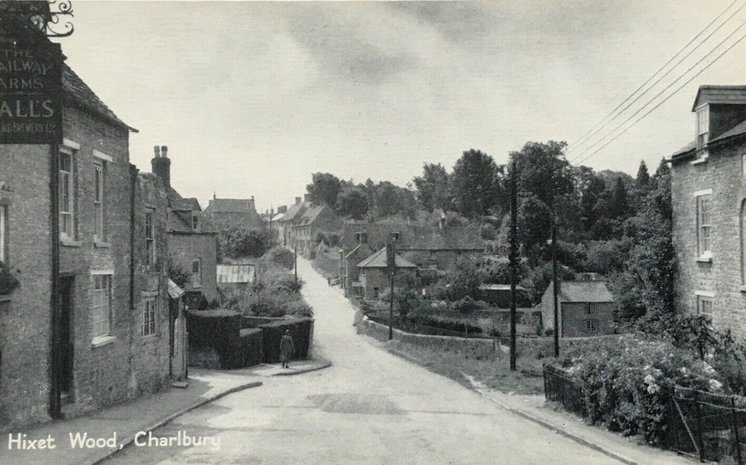 A view down Hixet Wood, Charlbury

The auctions descend into chaos

A large crowd, accompanied by the Charlbury Brass Band, assembled at the house at the bottom of Church Street where the first auction was scheduled to take place. As the auction commenced, the band stuck up 'Rule Britannia' at top volume, completely drowning out the attempts of the auctioneer (a Mr. E. J. Brooks of Oxford) to make himself heard!

Having failed to make himself heard, the unfortunate auctioneer then proceeded to the other locations on his route, where the farce was repeated. At the Bull Inn, and houses in Hixet Wood, Fishers Lane, Market Street and Church Lane, the auctioneer attempted to auction off such items as a table, a perambulator and a sewing machine, but each time was drowned out by the band and the rowdy crowd who augmented the band's volume by singing and banging on sheets of iron.

There was only one attempt made to bid on an item, but the crowd turned on the bidder in question and, in the words of the Charlbury Chronicle of June 1997, the man was 'nearly lynched'.

At one point a member of the band blew his cornet into a police constable's ear. In the ensuing scuffle, the cornet was broken, as was a nearby window. A good deal of rice, flour, eggs and mud was also slung about during the afternoon. At one point a thrown bag of flour exploded over Mr. Brooks's head, giving him 'a piebald appearance', much to the amusement of the crowd.

Eventually, the poor auctioneer reached the end of this route, the police station in Church Lane, where he was allowed to sneak out the back door and leave town in a hurry.

As none of the items being auctioned were judged to have sold, they were returned to their original owners and there were victorious celebrations amongst the protesters, who moved to Playing Close to continue their revels into the evening.

A fire was lit and two effigies were symbolically burned, one of the auctioneer and another of the one man who had attempted to make a bid. A dead calf was also burned, symbolising the vaccine.

At the Oxford Assizes the following summer, 19 men who had been involved in the protest were charged with a range of crimes including riotous assembly and conspiracy to defeat the course of justice. After all pleading guilty the men were spared prison, but bound over to keep the peace. 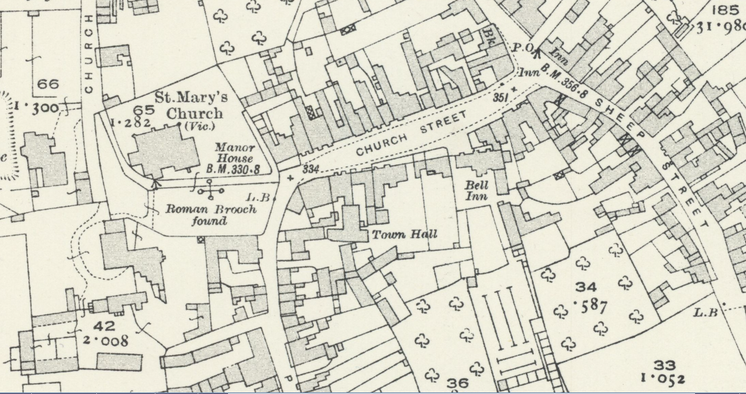 A map of Charlbury circa 1922, showing the location of the Town Hall.

The map location I have used is the place where the 'town hall' once stood. The 'town hall' was never actually an official municipal building but was instead a Quaker meeting hall that had been built behind the Royal Oak pub (now a private residence) on the south side of Church Street.

By 1939 it had fallen out of use as a hall/meeting place and the new proprietors of the Royal Oak converted it into a 210 seater cinema, the Town Hall Cinema. This was in operation for around 20 years, finally closing its doors in December 1960.

More information on the hall's time as a cinema can be found at cinematreasures.org.