The Ruins of Godstow Abbey

Rosamund Clifford was a famed beauty and was mistress to King Henry II during the 12th century.

The legends surrounding 'Fair Rosamund' at Blenheim Palace are covered in a different post, but the facts of her life differ from that legend. 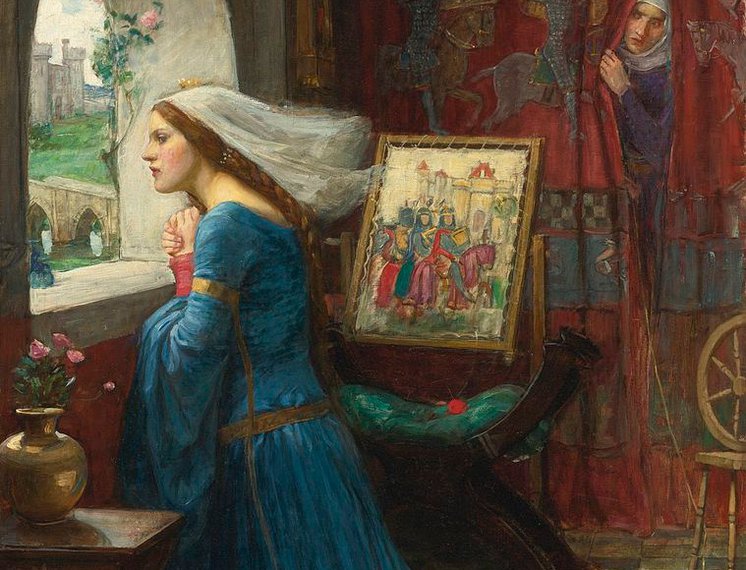 A painting of Rosamund Clifford by J. W. Waterhouse; 1916.

Rosamund is believed to have been the daughter of Walter de Clifford, a marcher lord who owned a castle on the River Rye in Herefordshire. As she grew to womanhood word of her beauty spread far and wide, attracting the eye of the king.

She was educated at Godstow Nunnery and after King Henry married Eleanor of Aquitaine, Rosamund retired to Godstow Abbey to live out the rest of her short life as a nun, dying young before she reached her 30th birthday.

Apparently, she was held in such high regard that she was buried in front of the high altar in the abbey church. When the Bishop of Lincoln visited Godstow a decade later in 1191, he found the tomb still covered with a pall of silk and surrounded by candles.

Shocked that the tomb of a woman he considered 'a harlot' was still being honoured in this way, the bishop ordered her body to be removed and reburied outside the church.

Rosamund's ghost is said to be still occasionally seen flitting about between the stone ruins that are all that remains of Godstow Nunnery today. Her ghost is also reported to haunt The Trout Inn which stands just across the bridge from the ruins, and where while still a nun at Godstow, Rosamund was said to have met King Henry for illicit trysts.

A May Day haunting

In his book Haunted Oxford, Rob Walters recounts a local belief that if you go to the ruins of Godstow Nunnery at sunrise on May Morning, you will hear the ghostly sound of nuns singing or chanting as they would have done many hundreds of years previously.