17th-century woodcut of fairies dancing near a doorway in a hill.

Fairies and Goblins at Adwell Cop

The hill to the southeast of the village of Adwell is topped with a bronze age barrow, but the site has also been long associated with fairies.

In folklore, barrows such as Adwell Cop were often considered to be doorways or portals to the fairy realm and it is not uncommon to hear tales of people encountering fairies such sites.

In fact, the fairy connection is often celebrated in their names, for example Fairy Toot and Pixie Mound in Somerset, and Pixie's Cave in Hampshire.

The 18th-century Oxfordshire antiquarian Reverend Thomas Delafield recorded the story of a traveler who saw a group of fairies singing and dancing on top of the barrow at Adwell Cop. The song the fairies sand went:

'At Adwell Cop there stands a cup.
Drink the drink and eat the sop,
And set the cup on Adwell Cop.' 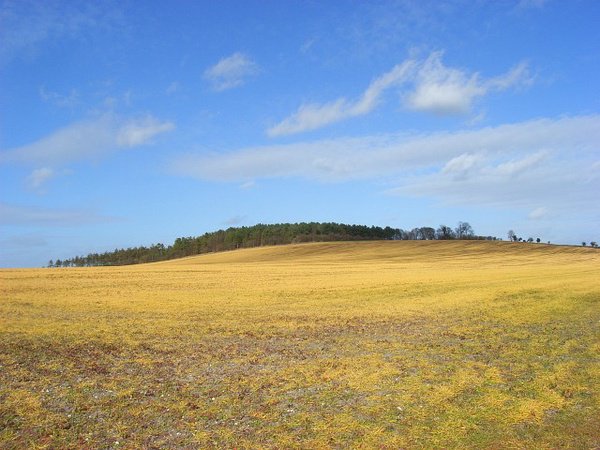 If you'd like a closer look at Adwell Cop, the highly estimable Loremen Podcast have done a very enjoyable field report video about the site.

The fairies seen at Adwell Cop may not be the only supernatural creatures living in the area. A mile to the northwest near Stoke Talmage is a hill called Poppet's Hill. According to British History Online, Poppet's Hill derives its name from an Old English word meaning 'Goblin's pit'!