The 'Home of Compassion' as it looks today.

Infant deaths at the 'Home of Compassion'

The building that stands on the corner of Catherine Street and Howard Street is now divided into four houses, but in the 1860s was the 'Home of Compassion', a foundling hospital that took in illegitimate children and abandoned babies.

Despite its compassionate mission, less than two years after its formation in 1864 the home was under investigation for the neglect and cruel treatment of the infants in its care.

Four deaths in a week

In the past year, no less than seventeen children had died in the care of the Sister of Mercy who ran the home, fuelling rumors of mistreatment. Infant mortality was high at similar homes throughout the country, which were often underfunded, understaffed and which took in children who often already had underlying health issues.

However, when four infants less than a year old died in the space of a week, an inquest was initiated. The babies were found to have been emaciated and showed signed of neglect, while some had untreated disease or other health conditions.

Sisters of No Mercy?

As a result, the inquest concluded that the home was being run in a satisfactory manner and the four infants were ruled to have died from 'natural causes'. 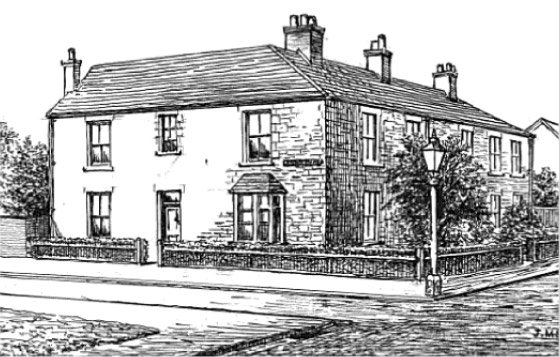 It's not clear how long the 'Home of Compassion' was in operation. It was originally four houses, but was converted into a single building during its time as a foundling hospital, before being converted back to four dwellings.

Today it can still be recognised as the same building featured in the above illustration from An Oxford Childhood by Phyl Surman.