Brasenose Lane by Alan Blakeley, (CC BY 3.0), via Wikimedia Commons.

John Clavell has to be one of Brasenose College's most unusual alumnus. His high-born upbringing and poetic aspirations did not hinder his career as a highwayman, in fact they may have helped him avoid the gallows!

John came from the Clavell family of Dorset, a noble family whose name dated back to the 11th century. His uncle was Sir William Clavell, and these connections secured him a place at Brasenose College, despite the financial troubles that plagued his father's life.

John entered Brasenose in 1619 but left under a cloud without taking his degree in 1621 after he was found to have stolen a valuable gold or silver plate from the college. His uncle stepped in and managed to prevent John from receiving a prison sentence but the scandal effectively ended his education at Oxford.

On leaving Oxford John moved to London. John was heir to his father's fortune, and so thought nothing of borrowing large sums of money to support a lavish lifestyle in the belief that he would easily be able to pay off his debts once his father passed away.

However, when John's father died in 1623, John discovered to his horror the extent of his father's financial troubles. The family estate was mortgaged up to the hilt, and there was no money to pay his creditors.

By 1624 John's situation looked dire. He had borrowed money from some dangerous people, whose demands for repayment were becoming increasingly insistent and threatening.

In desperation, John made a decision: he would become a highwayman! 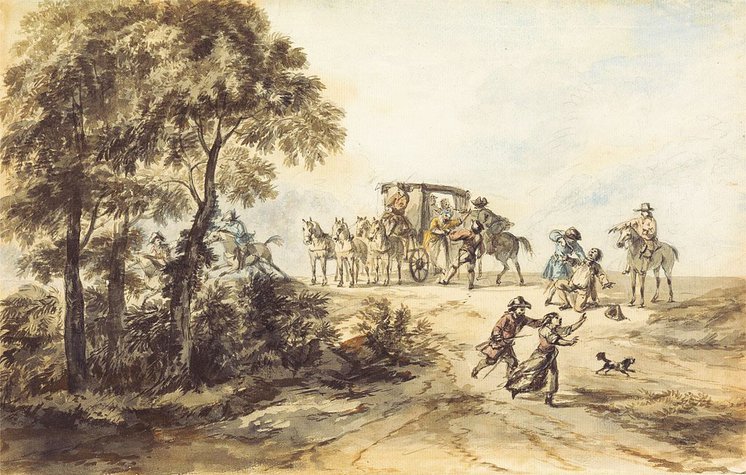 John's career as a highwayman lasted less than a year. In late 1625 he was arrested for the crime of highway robbery on the roads around London.

John was thrown into prison and, as being a highwayman was a capital crime, his position looked bleak. However, luck shined upon John. Before he could be brought to trial, Charles I was coronated and proclaimed a general amnesty. John managed to secure himself a partial pardon that at least saved him from the hangman's noose.

Despite his pardon, John still spent two years in prison, and it was during this time that he wrote some of his most famous verses.

The most famous work that John produced from his cell was called A Recantation of an Ill Led Life, or a Discovery of the Highway Law. This long-form poem went into great detail about John's life as a highwayman, and generated a lot of interest for the light it shed on this shadowy criminal profession.

The poem also includes some surprisingly practical advice for the public on how to avoid falling victim to highwaymen. This included never traveling with more money than you would be willing to lose, being cautious about letting strangers know where and when you will be traveling, avoiding traveling at night and never traveling on a Sunday (when the roads would typically be empty and isolated travelers were easy prey for highwaymen).

It is believed that his poem may have found its way into the hands of the King, who, impressed by the repentant tone of the poem, may have helped expedite John's pardon and release! 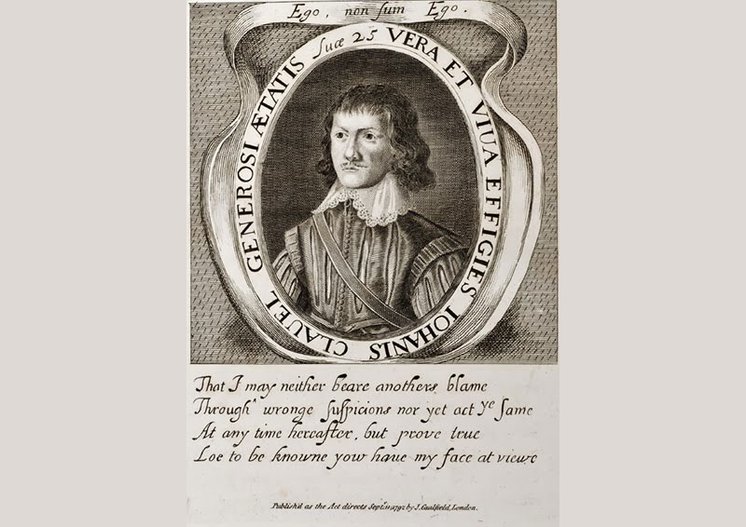 The engraving of John Clavell, aged 25, that appeared in the second edition of A Recantation of an Ill Led Life (1628).

His prison poetry had garnered John some renown, and after his release, he attempted to capitalise on his fame by writing a play. This play, The Soddered Citizen was loosely autobiographical and was centered around a young man who borrowed wildly while expecting to inherit a fortune.

According to Chris Routledge, the play diverges from the truth of Clavell's life, with the young man being tricked out of his fortune by unscrupulous moneylenders.

Despite being taken on and performed by The King's Company, a highly regarded troupe of players to whom Shakespeare was at one time connected, the play was not a success and John was once more forced to seek gainful employment elsewhere.

This John did by moving to Ireland where he married a wealthy Dublin heiress and may have also practiced as a lawyer and physician, despite his apparent lack of schooling in either of these fields! John died in 1643 at the age of 42.