Illustration of a Whitsun Morris Dance, circa 1891.

Lamb Ale is the name given to an unusual yearly festival celebrated in the village of Kirtlington that dates back to the early 17th century.

Lamb Ale comes from the same school of religious feasts as Whitsun Ale, which was celebrated across the country on Whit Sunday, the seventh Sunday after Easter. At these events ale would be brewed and sold for the benefit of the local church and the parish as a whole.

The Lamb Ale at Kirtlington, on the other hand, was a far more elaborate affair that lasted for a full week of feasting, drinking, and dancing.

One of the highlights of the week came on Monday when the 'maids' (unmarried women and girls) of the village would have their thumbs tied behind them and a lamb would be released. The maids then chased the lamb and attempted to grab hold of it using only their mouths!

Whoever managed this difficult-sounding feat would be crowned the 'Lady of the Lamb', a post similar to that of a May Queen, but which apparently at one point came with the princely salary of twenty-five shillings!

The Lady would then be given pride of place in the celebrations taking place throughout the week. Perks included being collected from her home and escorted to the feasting on the village green by the local Lord, accompanied by music and morris dancers.

The captured lamb would be made into lamb pies which were sold for a shilling. Also on offer for half a crown were crown cakes, a sweet and savory pie of minced meat and batter in a currant and plum dough that was considered to be lucky. 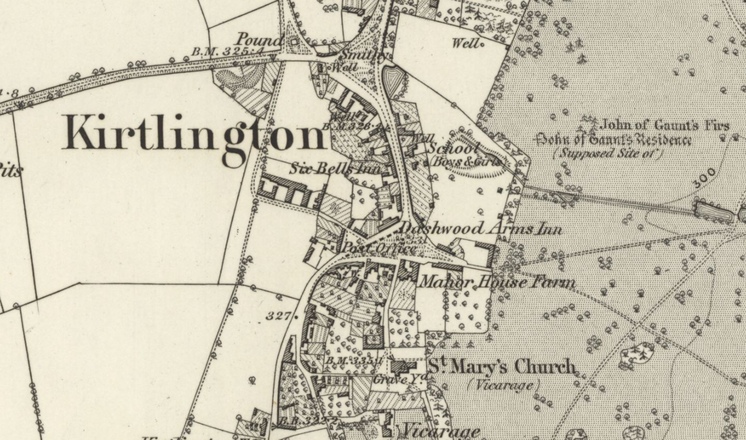 By the mid 19th century the Kirtlington Lamb Ale had become so big, attracted so many people and went on for so long, that it became difficult to maintain public order. In 1849 it is recorded that three special constables had to be sworn in to help keep the peace during the festivities.

The Kirtlington Lamb Ale's increasingly hedonistic atmosphere may have been one of the reasons it died out a few decades later, following in the footsteps of the Wychwood Forest Fair, which was banned around the same time due to the drunkenness, debauchery, and public disorder that accompanied it.

The tradition of the Lamb Ale was revived in a small way post-WWII, but in 1979 the reformation of the Kirtlington Morris saw it return as a yearly tradition that continues to this day.

The modern incarnation of the event is a more sedate affair. The chasing of a lamb has (perhaps thankfully) been abandoned, and the focus is more on the Morris dancing, with as many as 20 troupes from around the county attending to dance throughout the village.

It seems that a similar Lamb Ale may have at one time also taken place yearly at Eynsham, albeit perhaps at a smaller scale. The Eynsham Morris website mentions similar traditions dating back to 1660, including maids chasing a lamb that was then cooked and eaten, accompanied by drinking, singing and dancing.

According to the Eynsham Morris website, the last 'Lady of the Lamb' was one Sarah Stayt, who died in 1840. This suggests that the Lamb Ale tradition at Eynsham must have died out around the turn of the 18th to 19th century.