The interior of Lincoln College Library

"Lincoln College Library" by simononly is licensed under CC BY-NC 2.0.

When All Saints church was deconsecrated in 1974 and work began to convert it into a new library for Lincoln College, the college anticipated encountering some human remains in the process. However, they weren't quite prepared for the scale of what they found.

Dr. Chapman who was working as a volunteer on the project described finding 'skeletons packed like sardines in a tin, shoulder to shoulder, face to back of the head, to a depth of about fifteen feet' some of which dated back to the 9th century. 'How many hundreds of skeletons were found on that one site alone!' he lamented.

So many bodies, so little space!

The multitude of bodies found beneath All Saints church was symptomatic of a problem that faced Oxford 150 years previously. The city was growing fast and its churchyards were rapidly becoming full.

In the absence of new cemeteries to house the overflow, sextons were forced to take drastic measures in order to accommodate new bodies in the already cramped churchyards. St. Aldate's churchyard had become so full by 1932 that it drew complaints from the Fellows of nearby Pembroke College about the unsanitary conditions on their doorstep. 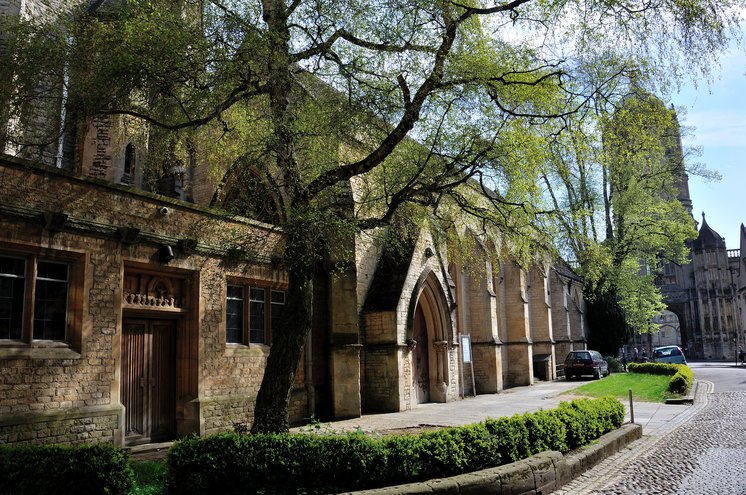 Rev W.R. Browell of Pembroke College wrote to complain that the sexton clearly struggled to dig a new grave without exposing the coffins (and on some occasions, coffin contents) of a number of graves below and around it. Worse, the ground beneath the pathways had been used for burials by necessity, and the paths had an unpleasant habit of caving in as one walked down them, as the coffins below rotted and sunk!

In addition to this, record-keeping of who had been buried where was so poor that the sexton was forced to walk around the churchyard sticking a metal spike into the ground to try and find a spot where there were not already too many bodies buried close to the surface. Hardly, a practice conducive to showing respect for the dead!

A solution to Oxford's corpse problem

By the 1840s the need for serious action to deal with Oxford's corpse problem was finally acknowledged. In 1848 three new burial grounds were consecrated at Osney, Holywell and Jericho, and burials at the city's previous churchyards were officially discontinued a few years later, much to the relief of Oxford residents who lived near them!