Otmoor is an area of low-lying ground to the northeast of Oxford. Today is it known best for the nature reserve at Beckley, where visitors can see a wide range of birds and other wildlife.

In the past this area was highly prized by the locals because it was common land, meaning anyone that wished could graze their livestock on it. There have been various attempts by wily landowners over the years to restrict public access to the land, which have been vigorously resisted by locals.

In 1830 the army was even called in to regain control of the area from groups of locals who had rioted in response to an attempt to enclose and drain the area! The ringleaders were captures and taken in chains to Oxford, only to be set free again by the sympathetic crowds who had gathered in Oxford to celebrate St. Giles' fair.

It is this background of conflict between locals and those who attempt to restrict their access to the land that likely inspired the legend about how Otmoor got its name. 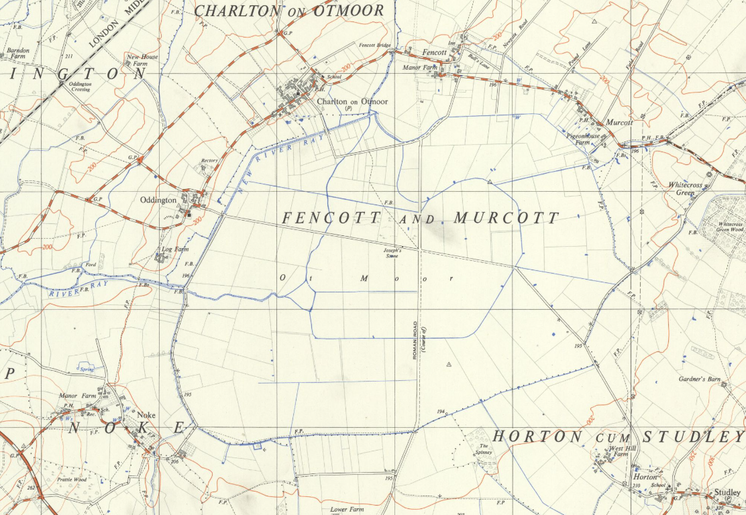 The legend of burning oats

According to the legend, a local landowner had promised his wife that he would grant as common land whatever area his wife was able to ride around while holding aloft a single burning sheaf of oats. He clearly thought that the oats would burn quickly, resulting in only a small area of common land.

However, whether by magical or miraculous means, the sheaf of oats burned for far longer than anyone could have predicted, resulting in the current 400+ acre that became known as 'Oat-moor', or Otmoor today!

Jennifer Westwood and Jacqueline Simpson point out that this story follows a similar pattern to legends like the Lady Godiva myth, in which a high-born lady carries out some humiliating, difficult or impossible task on horse-back for the benefit of the common people.