In 1938 the University of Oxford was rocked by the murder of a sixteen-year-old pantry boy. He was killed by one of the students at the University's Wycliffe Hall theological training college.

Panty Boy Harold Matthews was last seen on 5 February 1938 when he was called upstairs from the pantry to answer the telephone. When he did not return, a search was initiated. The hall, grounds and even nearby parks were searched.

Matthews' body was eventually found lying on a flat roof at the hall that was used by students during the summer months. He had been strangled. 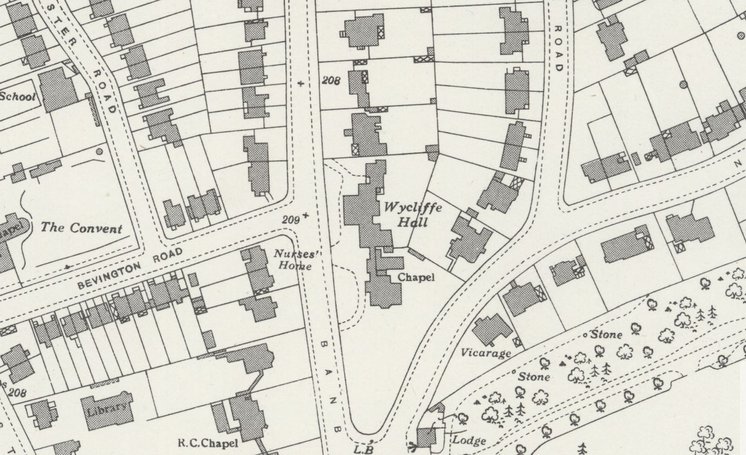 A map showing Wycliffe Hall circa 1939.

The police did not have to go far to locate Matthews' killer. Student John Stanley Phillips confessed to the crime.

Phillips was a devoutly religious student, but also described as reserved and unsociable. There seemed to be no prior relationship between the pair and Phillips appeared to have no motive for the crime, but a medical assessment of him suggested that he was suffering from schizophrenia.

At his trial Phillips was found 'guilty but insane'.