St. Birinus was an Italian monk who travelled to England in the 7th century and who is credited with converting the Kingdom of Wessex to Christianity.

Birinus has a close connection to Oxfordshire, having preached his first sermon at Churn Knob in Blewbury and going on to be the first Bishop of Dorchester. 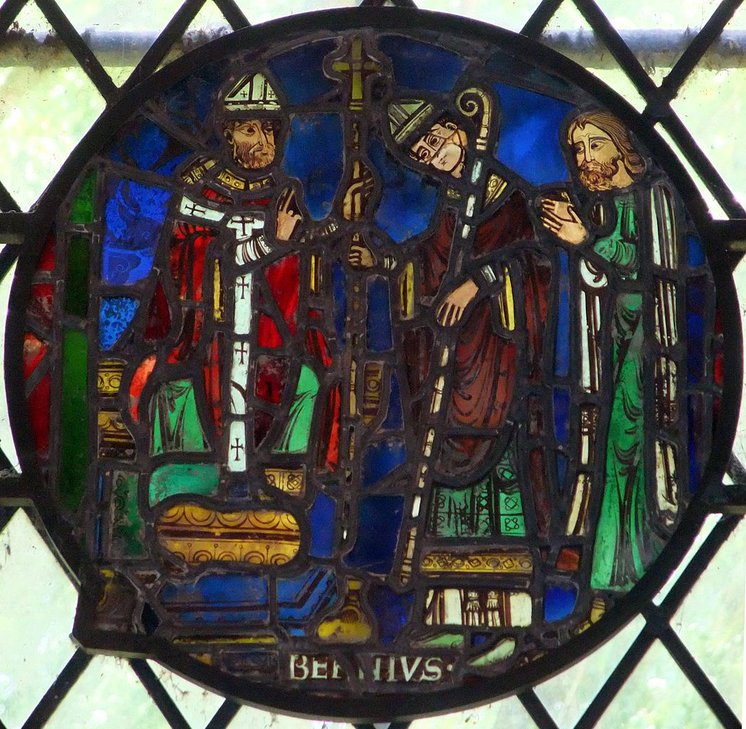 Birinus died of a snake bite at Dorchester in either 649 or 650. The is a local tradition that 'Within the sound of the great bell, no snake or adder e'er shall dwell'.

The bell referred to is the Abbey bell which was cast in 1380 with the inscription 'Protégé Birine quos convoco tu sine fine', meaning 'Protect Birinus, those whom I call for ever.'

Battle of the bones

After his death, the bones of St Birinus were removed to Winchester Abbey, but the monks at Dorchester contested whether the correct bones had been moved!

The disagreement between Dorchester and Winchester over which church housed the genuine bones of St Birinus became so heated that Pope Honorius III was forced to send the Archbishop of Canterbury to intercede.

Today St. Birinus is depicted in a number of stained glass windows at Dorchester Abbey, and visitors can pay their respects to him at a new shrine that was constructed in the south aisle of the church in the 1960s.