The stately Georgian house known as 'Courtiers' in Clifton Hampden is haunted by the ghost of Sarah Fletcher, who killed herself after discovering her husband was planning on bigamously marrying another woman.

Her husband was a captain in the Royal Navy and left her to go to sea shortly afterward. Distraught, Sarah hanged herself from the curtain rail around her bed. 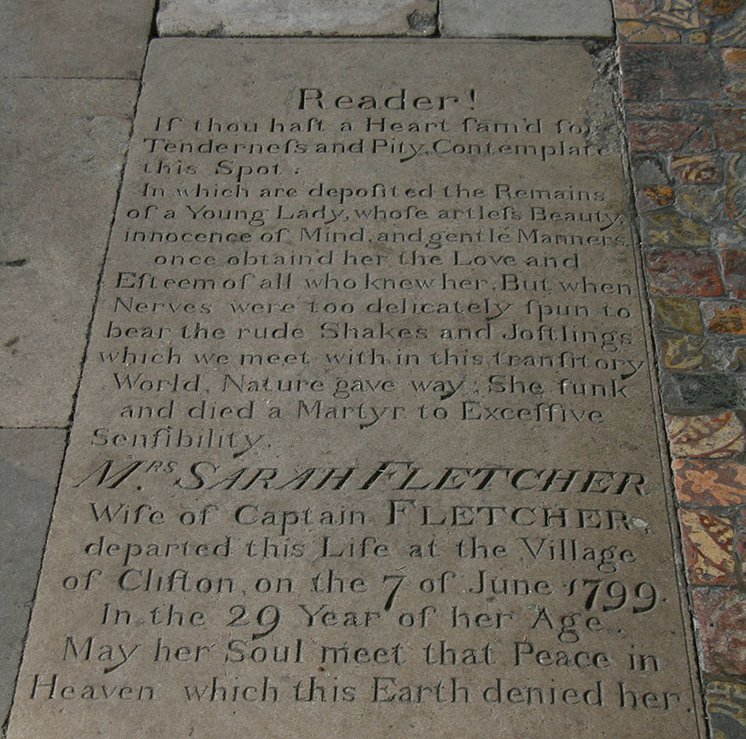 Her memorial at Dorchester Abbey Church (pictured above) is dated 7 June 1769, and describes her thus:

"The remains of a young lady whose artless beauty, innocence of mind and gentle manner once obtained her the love and esteem of all who knew her. But when nerves were too delicately spun to bear the rude shakes and jostlings which we meet within this transitory world, she sunk and died, a martyr to excessive sensibility."

Her beauty was such that even the sight of her ghost was enough to make a seventeen-year-old who saw her fall in love with her!