The Blowing Stone of Kingston Lisle

The mysterious Blowing Stone is a large sarsen stone that stands in the garden of 2 Blowing Stone Cottages, on Blowingstone Hill near the village of Kingston Lisle.

The stone is perforated with natural holes which produce an eerie booming sound if blown into in the correct way. 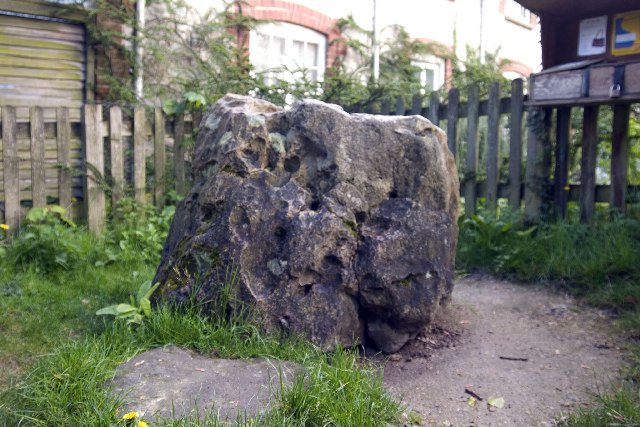 There was a belief that the sound of this stone was used by King Alfred the Great to alert his troops camped a mile away atop White Horse Hill to the arrival of the Danish forces before the Battle of Ashdown in AD 871.

The stone may have reached its current location by a rather circuitous route. It is thought that the stone was originally situated up on the Ridgeway, and that it was brought down to Kingson Lisle by the Atkins family who owned the estate between 1749 and 1901.

The stone was originally placed outside the public house in Kingston Lisle (appropriately called The Blowing Stone inn) in 1811. How it reached its current position in a private garden half a mile south of the village is not clear!