The Ghost of Room 16

The Bear Hotel in Woodstock has its roots as a 13th-century coaching inn. Given this pedigree, it's unsurprising that the building has picked up a number of ghost stories along the way!

Stories of hauntings at the Bear Hotel seem to focus on room 16, though the precise nature of the haunting is disputed.

In his book Haunted Britain, Anthony D. Hippisley Coxe describes the room as a focus for poltergeist activity and mentions that numerous staff and guests have also reported hearing the sound of footsteps throughout the hotel's corridors.

Coxe also mentions that the hotel is haunted by the ghost of a workman who died falling from the roof 300 years ago, though whether he is responsible for the footsteps is unclear. 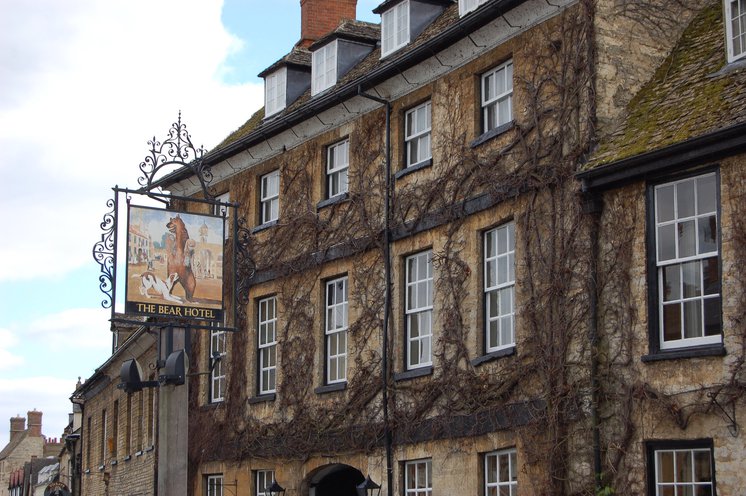 Joe Robinson in his book Oxfordshire Ghosts recounts a different story about room 16. He tells a tale of a rich and powerful noblewoman who stopped at the inn with her maid on their way up to Scotland.

Her reason for visiting Scotland was a sad one. She was pregnant with an illegitimate child and was travelling to spend time in a remote place in Scotland where the final stages of her pregnancy could be kept a secret. After the birth, she planned to have the child fostered.

Unfortunately for the noblewoman, while staying in room 16 she gave birth to the child prematurely. The child did not survive. Fearing scandal and social ostracization if the illegitimate baby was discovered, the noblewoman and her maid hid the body of the baby in a hidden recess they had discovered below the room's window before fleeing the scene.

After this guests in room 16 began to complain of being troubled at night by the sound of a crying baby, despite being informed that no baby was staying at the inn! These sounds have been linked to reports of a phantom lady seen drifting down the hotel's corridors as if looking for the source of the crying.