The Headless St. Fremund at Cropredy

Until the English Reformation, St. Mary's Church at Cropredy was a place of religious pilgrimage for those wishing to visit the shrine of St. Fremund, an 8th-century saint with a macabre backstory.

The hermet who led an army

Fremund was the son of Offa, the pagan King of Mercia, but who converted to Christianity, and eventually persuaded his family to do the same His father wished him to inherit his throne, but Fremund instead chose a life of religious asceticism, living as a hermit on a remote island in the Bristol Channel.

On hearing of his father's death, Fremund returned to the mainland to help defeat his father's enemies in battle. He did this with the help of many miracles, including defeating an army of 40,000 men with his own force of just 20! 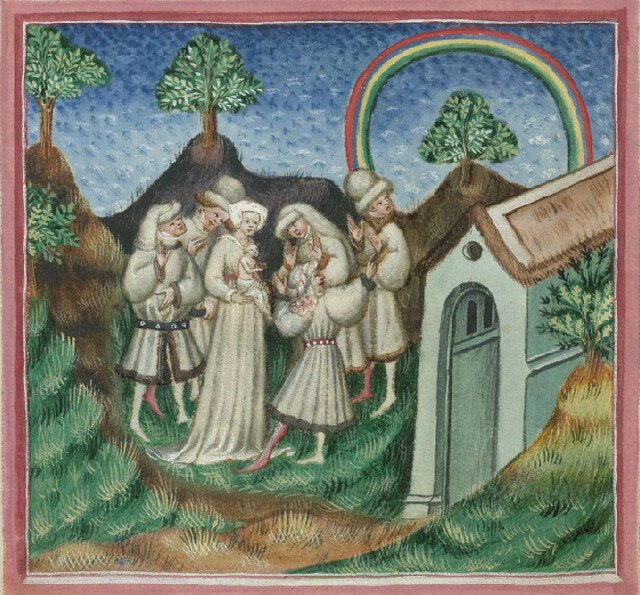 Fremund is betrayed and beheaded

He eventually met his end shortly after the battle of Radford Semele in Warwickshire. Fremund was found knelt with his head bowed in a prayer of thanks when Oswi, one of his father's deceitful former commanders, snuck up and struck off Fremund's head with a single blow of his sword.

Fremund's body fell to the ground, but then to the surprise of onlookers, he stood up, picked up his head and walked away with his head under his arm! He walked for some distance until a spring burst forth from the earth. Fremund then washed his wounds in the spring before finally falling dead.

Fremund's remains were originally buried at his father's palace at Offchurch in Warwickshire, but later his body was exhumed and parts were transferred to a shrine at St. Mary's Church, Cropredy where they were worshiped as holy relics. His remains were eventually moved Dunstable Priory during the reign of King John. The shrine at Cropredy eventually fell victim to the religious reforms of the 16th century and was destroyed.