The Unsolved Murder of Kate Dungey

The murder of Kate Dungey on 8 December 1893 shocked the town of Henley, not just because of the extreme violence of the crime but because of the seeming lack of any motive. Nearly 130 years later, the crime remains unsolved.

Kate Dungey was the 30-year-old housekeeper at Longridge House Farm, a house in an isolated woodland spot a mile outside Henley-on-Thames. The house was owned by Mr. Henry Mash, a successful and affluent London fruiterer who was rarely at home.

Kate was accustomed to being alone in the house and reportedly did not mind the isolation, having turned down the option to instead stay at Mr. Mash's townhouse in Henley.

On the evening of 8 December, two young boys who regularly lodged at the house arrived home to find the lights on inside but the doors locked. The boys became concerned when Kate did not respond to their repeated knocking. The boys summoned their father, who in turn summoned the farm manager or bailiff George Dawson, who lived a short distance away.

Together the three entered the house via an open window and found an unusual scene. The house was empty and the doors locked from the inside, but there were signs of a desperate struggle having taken place in the passage. More worryingly, a bloodstain was found on the kitchen door handle and a bloody stick lay nearby.

A search was made of the grounds and the body of Kate Dungey was found on the edge of Lambridge Wood about sixty yards from the house. 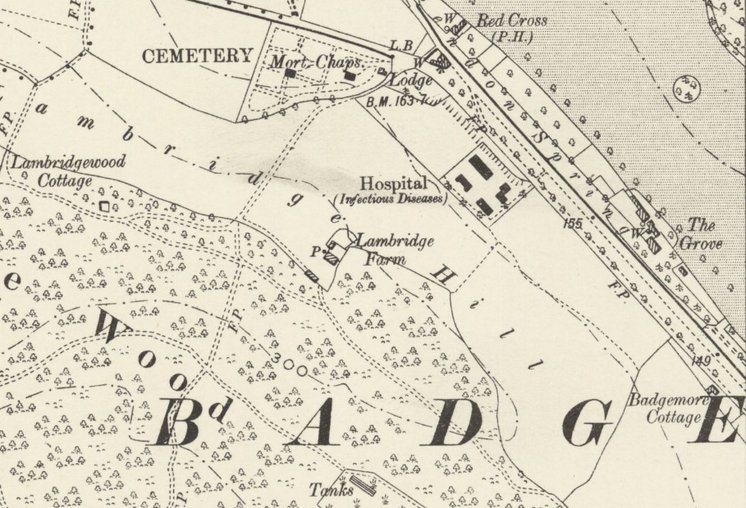 Cut from ear to ear

Kate's body was a gruesome sight to behold. She had been viciously beaten with a blunt object and also cut with a sharp instrument, possibly a straight razor. Her head had been almost crushed and according to one account, there were over 40 cuts and incisions on her body, particularly around her face and throat. The Lincolnshire Chronicle reported 'one wound being almost from ear to ear.'

A fire poker from the house was still clutched in Kate's hand. Police concluded that Kate's murder had attacked her in the passage and Kate had seized the poker to defend herself before fleeing the house. The murderer had pursued her, catching her and killing her where the body was found before returning to the house, locking the doors from inside and exiting via the open window. 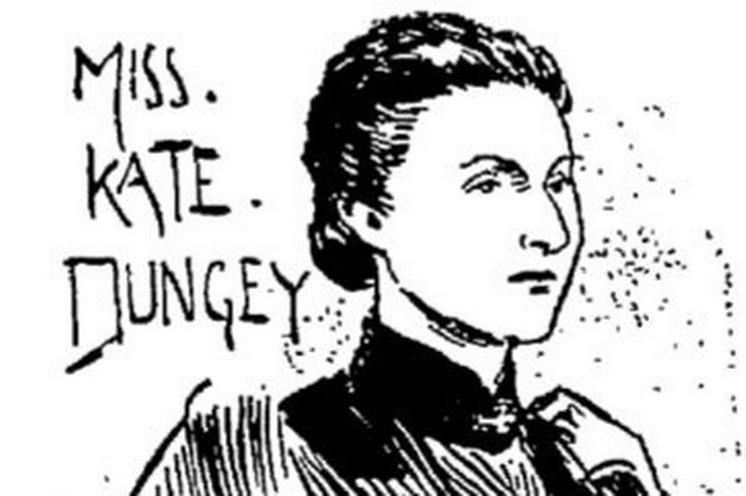 An illustration of Kate Dungey that originally appeared in the Saturday 23 December 1893 edition of 'The Penny Illustrated Paper'.

Not long into the investigation into Kate's murder, the police found themselves struggling to identify a motive for the crime. Robbery was ruled out as nothing had been taken from the house. There was evidence that Kate's pockets had been searched but the criminal did not take the five shillings she had on her, which suggested that the criminal was looking for something different, perhaps something that might incriminate them.

Another curious aspect that George Dawson mentioned to the police was that Kate's dog had been chained up behind the house when they arrived but had not jumped up to greet him as it usually did. Instead, it remained lying down and seemed drowsy. Had it been sedated or poisoned so it wouldn't bark and alert its mistress?

A crime of passion?

When news of the crime reached the town, rumours began to circulate that it may have been a crime of passion, but nobody was aware of any love interests in Kate's life, and the post-mortem did not show any signs of sexual violence. In fact, it showed that Kate had died a virgin.

However, during the course of the investigation, rumours eventually emerged that threw suspicion on various people. One rumour was that Mrs. Mash had been seen to angrily berate Kate Dungey, and that her husband had to step in to physically prevent her from striking Kate with an umbrella!

Mrs. Mash denied this, but some took this as evidence that she may have become aware that relations between her husband and their attractive young housekeeper were more than strictly professional!

Is George Dawson all that he seems?

Suspicion also fell on the man who had helped find the body, George Dawson. He lived close to Longridge House Farm and interacted with Kate regularly. He was also reported to have argued with Kate on one occasion, though at the inquest Dawson claimed that it was just a trifling matter, and argument over some laundry, and that the pair in fact got on well.

Another element that threw suspicion on Dawson was a claim made by the two young boys and their father who were with Dawson when they found the body.

They claimed that on leaving the house, Dawson had found the body suspiciously quickly, leading them straight to it, almost as if he already knew it was there! To complicate matters, after the murder had been discovered the police had inexplicably entrusted the keys to Lambridge House Farm to Dawson before leaving. This meant that Dawson would have had ample opportunity to tidy up the crime scene and dispose of any incriminating evidence that might have been found at a later date.

A farm labourer with a grudge

The final suspect was George Dawson's brother-in-law Walter Rathall who had been dismissed from his labouring job at Lambridge Farm two years previously. Rathall had apparently blamed Kate Dungey for his dismissal and even threatened to 'do' for her at the time.

Rathall had moved away from the area after his dismissal, but had returned to Henley a few weeks prior to the murder and had left town suspiciously quickly after the crime was discovered. There were also reports that he had been seen loitering in the vicinity of Lambridge Farm on the day before the crime.

Rathall was arrested and brought to trial but his distinctive boots did not match the footprints found at the crime scene, and the jury was not convinced that there was enough evidence to convict him of the crime.

Ultimately the inquest returned a 'verdict of murder against some person or persons unknown'. Even Mr. Mash's offer of a substantial reward for any evidence failed to turn up anything conclusive, and the identity of the murderer remains a mystery to this day.