Visitors to the playground in Wheatley might puzzle at the unusual hexagonal building that sits nearby on the corner of Church Road and Holloway Road.

This building, the old village lock-up, is a relic of 19th century policing. It was used to house drunks, criminals and other miscreants overnight, or until they could be transported to the magistrate in Oxford to answer for their misdeeds.

A history of crime

The lock-up was built in 1834 and is now a Grade II listed building. Lock-ups like this were very common between the 16th and 19th centuries, though most fell out of use in the mid-19th century after the introduction of the Country Police Act of 1839 which increased the number of local police stations and required them to have proper holding cells.

The Wheatley lock-up is a rare example of a stand-alone village lock-up in Oxfordshire that has survived the centuries intact. Most lock-ups that were not part of a larger building fell into disrepair when they stopped being used and were eventually pulled down. 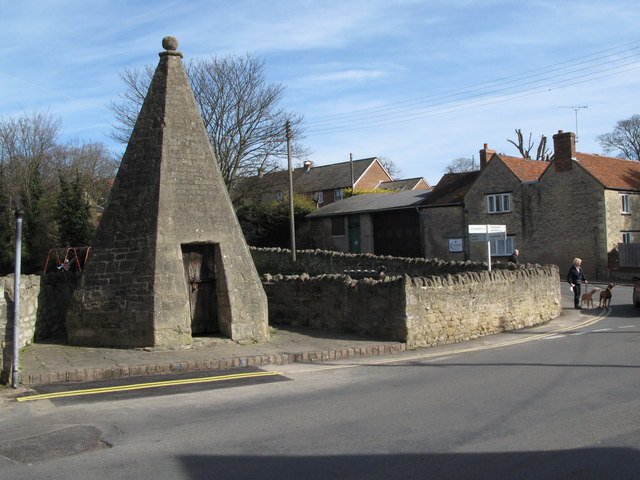 It's likely that the Wheatley lock-up remained so well preserved due to its comparatively recent build date, its sturdy construction and its rather grand hexagonal design. While circular lock-ups were not uncommon (and are the reason that lock-ups are often referred to as 'roundhouses'), many were of a more basic square shed-like design.

In recent years, the Wheatley lock-up has been opened to the public on May Day, and visitors can be locked inside for a few minutes for a small fee and receive a certificate to prove it!

These two articles at Roy's Blog describe what can be seen remaining of the lock-ups at Banbury, Bicester, Burford, Eynsham, Faringdon, Filkins and Stonesfield.

Another special mention should go to the people of Kidlington, who according to Paul Sullivan in his book The Secret History of Oxford saved the trouble of constructing a village lock-up by using an oak tree on the village green for this purpose!

The tree in question, which is sadly no longer standing, apparently had a 25-foot circumference and a hollowed-out trunk that 'would receive 8 to 10 [people] commodiously enough', according to Robert Plot.