The hills above the South Oxfordshire village of Uffington contain a number of mysterious sites that have enchanted visitors for hundreds of years.

The horse on the hill

The main attraction is the Uffington White Horse, a bronze age hill figure that can be seen for many miles around and is believed to have been a Celtic religious totem. When paganism gave way to Christianity, locals still revered and preserved the horse.

Until the late 19th century the horse was preserved by the tradition known as the 'scouring of the horse', an event which happened every seven years and was accompanied by a large fair. Held on the hill itself, the fair saw people travelling from miles around to celebrate and collectively help clear glass from the house. 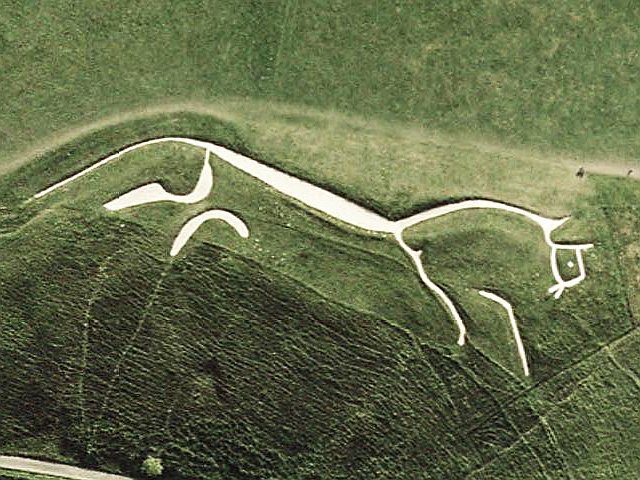 The Uffington White Horse from above.

The legends of the White Horse

A dip in the hillside below where the White Horse lies is known as The Manger, and the horse is said to descend the hill to graze there at night. It is also said that if you stand on the eye of the White Horse and make a wish, that wish will come true.

Another legend about the horse is that it leaves the hill and gallops to Wayland's Smithy, the Neolithic long barrow a mile away, to be reshod by Wayland once every hundred years. According to www.wiltshirewhitehorses.org.uk this is said to have last happened around 1920!

St. George and the Dragon

Just below the White Horse stands Dragon Hill, a natural hillock in the hillside. The name comes from the legend that this hill was the place where St. George slew the dragon.

It is said that there is a bare patch on top of the hill that marks the spot where the dragon's blood was spilled and as a result, no grass will grow there. 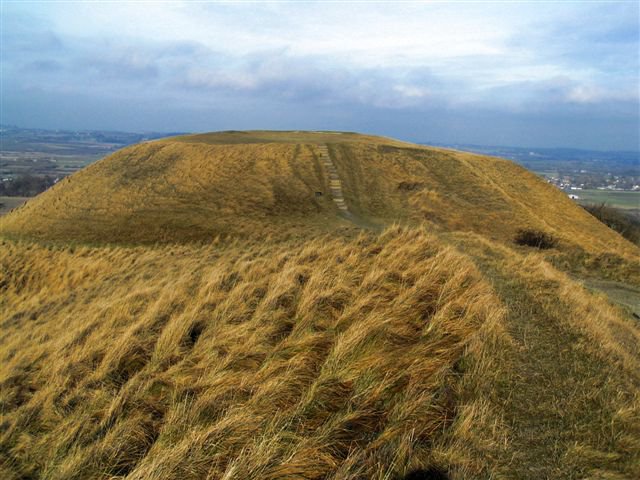 The burial place of King Arthur?

The White Horse at Uffington has also been connected to the legends surrounding King Arthur. In his Monumenta Britannica (1670) the antiquarian John Aubrey speculated that Dragon Hill could have been the burial site of King Arthur.

There is a popular belief that when England is in peril, King Arthur will return to defend it, and it is said that at this time the White Horse will rise and dance on Dragon Hill.