Wayland's Smithy is a Neolithic burial mound fronted by huge sarsen stones that sits just off the Ridgeway, the ancient track that is often described as Britain's oldest road.

Human remains have been found in the burial mound that dates back as far as 3555 BCE. 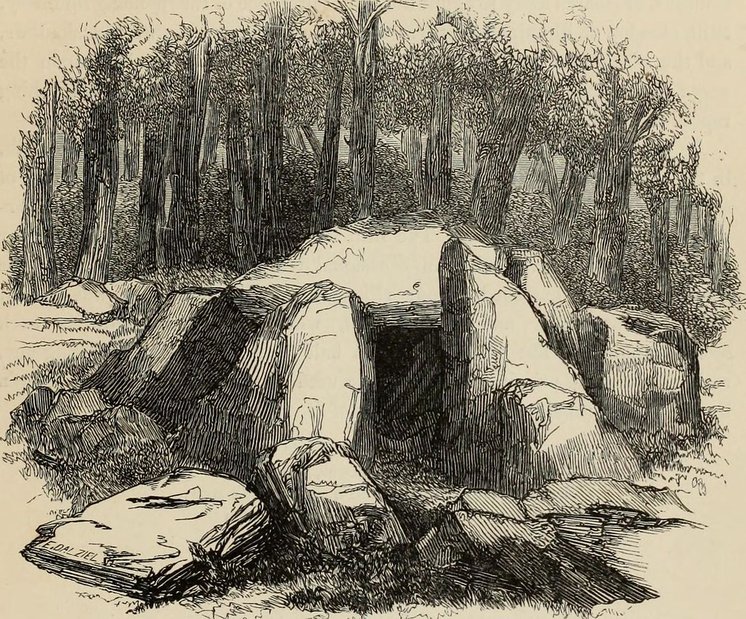 Illustration of Wayland Smithy by Francis Paul Palmer circa 1846.

The legend of Wayland the Smith

Wayland's Smithy gets its name from Wayland the Smith, a figure from Germanic and Norse legends who appears in literature as far back as the 10th century. In the legend, Wayland is something of a trickster figure.

He is captured by a king and forced to work for him, but gets his revenge by killing the king's sons and then escaping via a flying cloak that he creates using his smithing skills. 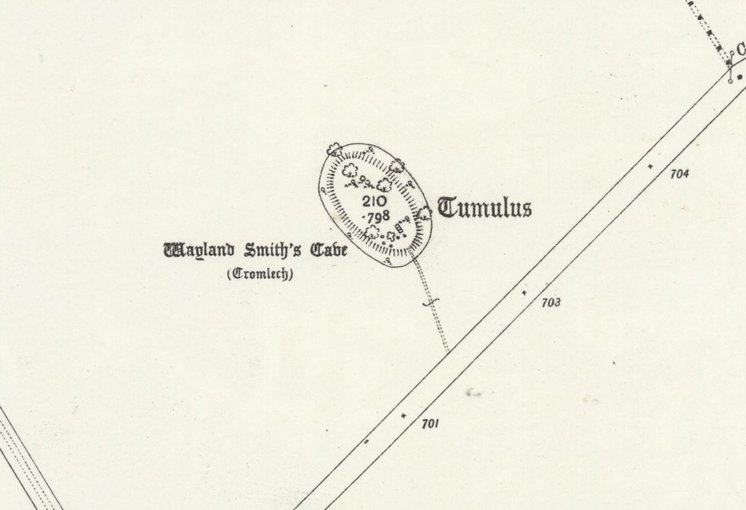 A popular belief about Wayland's Smithy is that if your horse needs new shoes you can leave your horse, along with a coin as payment, at the Smithy overnight. When you return in the morning your horse will have new shoes and your coin will be gone! This belief was recorded by Francis Wise, underkeeper at the Bodleian Library, in 1738. It is still common to find coins left in nooks and crannies around the entrance stones to this day.

Wayland's Smithy is connected in legend with the nearby Uffington White Horse. Legend says that once every hundred years the White Horse leaves its place on the hill and travels to Wayland's Smithy to receive a new set of horseshoes.