The area around Yarnton's College Mead cottage is said to be haunted by the ghost of Christabel (or Christobelle), a young woman who committed suicide after discovering her lover had been unfaithful.

The story of Christabel's death dates back some 200 years. Christabel had been courting a young man from the village and was planning to join him at the village's annual ball to celebrate the harvest.

However, while she was getting ready for the dance in her bedroom at College Mead, she happened to glance out of the window. To her horror, she saw her lover walking towards the festivities arm-in-arm with another girl!

Christabel was so distraught that she flung herself out of her third-story bedroom window and died. 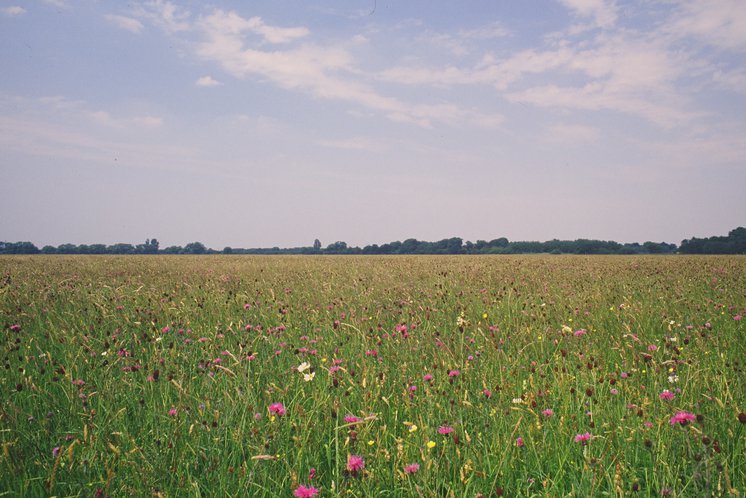 Christabel's ghost is said to be seen drifting through the meadows around Little Blenheim. Credit: naturalengland, licensed under CC BY-NC-ND 2.0.

Christabel has been seen walking in the lane outside College Mead, and her ghost has been spotted drifting across the nearby meadows. She is described as wearing a light white summer dress when she is seen.

Residents at College Mead have also reported strange occurrences dating back to the 1930s that they attribute to Christabel, according to John Richardson. They never saw anything, but the dogs began to growl at nothing, and the family became aware of a presence moving through the house.

Doors would open of their own accord, accompanied by a strong scent of perfume, as if Christabel had just entered perfumed and ready for the village dance!