Ghosts and Secret Tunnels at The Predendal

The house referred to as Prebendal House, or just 'The Prebendal', has a reputation in Thame as a place of mystery and intrigue.

The house had its origins in the 12th-century when the Bishop of Lincoln had it built to house his prebendary. The building was home to an order of prebendal monks in the 13th-century and was under church ownership until the early 19th-century.

By this time it had fallen into disrepair and was sold to one Charles Stone, a local man of some considerable wealth, who rebuilt the property as a private residence. The house has changed ownership many times since, and a number of legends have sprung up about the property. 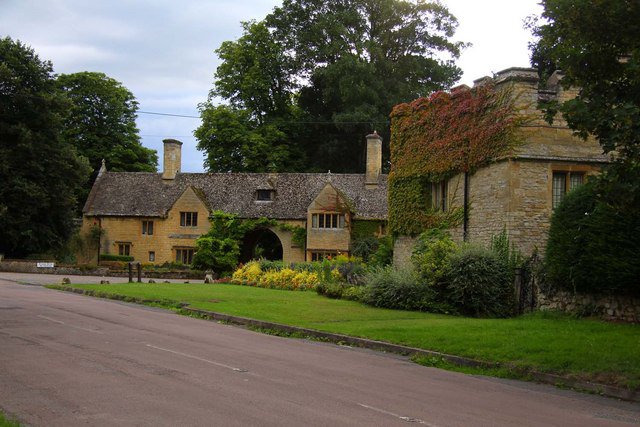 The Prebendal in Priest End Credit: Steve Daniels via Geograph.org.uk

One of the legends claims that there is a secret underground tunnel between The Prebendal and Notley Abbey. The Abbey stands about two miles to the north, just across the border into Buckinghamshire, and was built in the 12th-century, around the same time that The Prebendal was originally constructed.

Notley Abbey was home to an order of Augustinian monks for nearly three centuries before being dissolved by Henry VIII in 1538, after which it was converted into a private residence.

The precise reason why someone would go to the great effort of joining the two buildings by a tunnel is a bit of a mystery. Some have speculated that the tunnel to The Prebendal could have been a means by which to spirit away the abbey's wealth to keep it out of the hands of Henry VIII, though this would surely have been an extremely labour-intensive solution to the problem!

If a tunnel of this kind ever existed, its location is now lost. Strange Thame quotes a woman who apparently worked at Notley Abbey in the late 19th-century, who claimed to remember where the tunnel entrance once stood.

The same article also quotes a local man who recounted a story he had heard as a child. In this story, the gardener at The Prebendal claimed to have witnessed ghostly monks at work inside the ruined chapel, and on closer inspection discovered the entrance to an underground passage. However, on returning to the spot the following morning, the tunnel entrance was nowhere to be seen.

More ghosts at The Prebendal

One of the more recent owners of The Prebendal was none other than Robin Gibb of the Bee Gees fame, who lived there from 1983 until his death in 2012. During his time there, Robin and his wife Dwina reported experiencing a number of strange phenomena.

These included hearing the sound of a clock being wound up coming from the empty Coronation Room at one o'clock every morning and a piscine bowl in the Prayer Room that fills up with ice-cold water of its own accord (leaky ceiling perhaps?).

They reported that the building is also haunted by the ghost of a 17th-century sackcloth-garbed man who they refer to as John the Gardener. John has apparently been seen by a number of people, his favourite trick being to surprise people by unexpectedly walking through the wall between the dining room and living room.

Robin and Dwina seem to have taken these strange phenomena in their stride, and have left their own distinct mark on the property, not least by constructing a large stone circle in the garden!