Highwaymen at the Bird in Hand Inn

The Bird in Hand is a charming 17th-century coaching inn in a charming spot on the road between Hailey and Finstock.

However, its peaceful location belies its dark history as a favourite drinking den of the Dunsdon brothers, the notorious burglars and highwaymen who terrorised West Oxfordshire in the late 18th century.

The inn was also the place where the law finally caught up with them, after one of the brothers shot and almost killed the landlord.

It is likely that Tom, Dick and Harry Dunsdon favoured the Bird in Hand due to its isolated position, and the fact that if the law was summoned they could easily slip away and hide in the nearby Wychwood forest.

It was in this pub that the brothers were overheard discussing their plan to burgle the manor house at Tingley Wood. A local constable was alerted and was waiting for the brothers when they arrived at the manor.

In the chaos that ensued, Dick's arm was severed while trying to escape and it is likely that he later died of his injury. 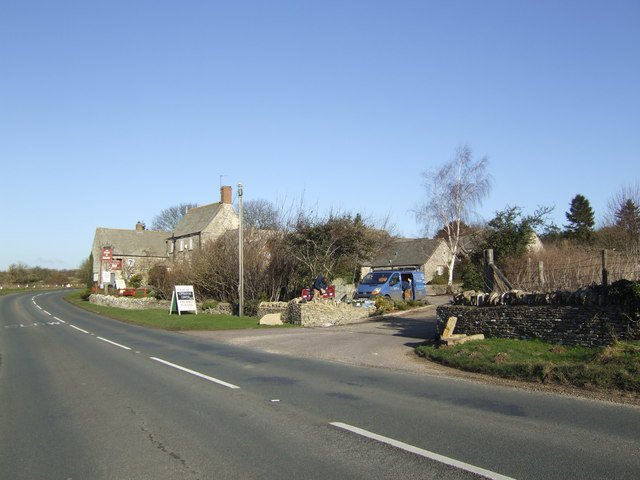 The Bird in Hand inn at Whiteoak Green. Credit: Jonathan Billinger, via Geograph.org.uk

The remaining two Dunsdon brothers were finally arrested after a fracas at the Bird in Hand in 1784. The Whitsuntide Festival was taking place nearby and the area was full of merrymakers who had come to enjoy the fair and gamble on the horse races that were taking place.

The Dunsdon's had been drinking hard when a quarrel broke out between one of the brothers and William Harding, the landlord of the Bird in Hand. In a fit of anger, the brother fired his gun at the landlord at point blank range.

According to the story, the bullet hit a coin in the landlord's waistcoat pocket and ricocheted away, saving his life. Before the Dunsdon brothers could get away, they were overpowered by onlookers and arrested.

William Harding apparently became something of a local celebrity for the part he played in bringing the notorious Dunsdon brothers to justice. The landlord's daughter had his waistcoat adjusted to fit her, and proudly wore it many years, displaying the bullet hole to the many interested people who visited the inn to see the site of the Dunsdon's last stand. 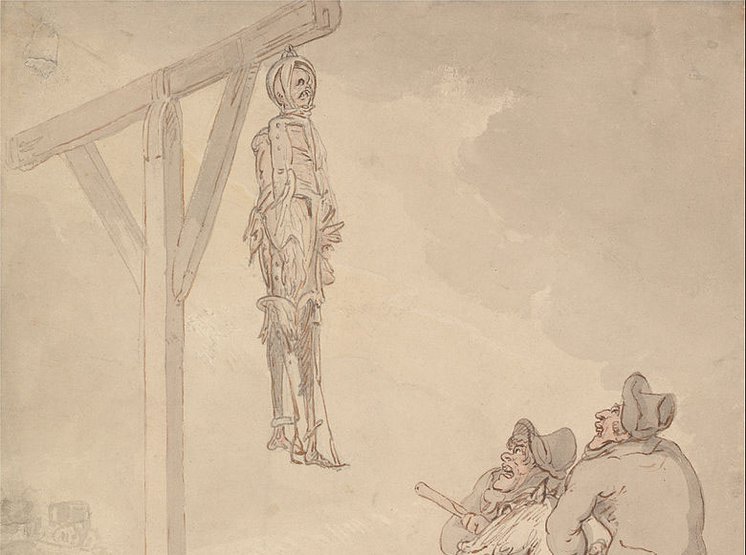 A gibbet at Whiteoak Green?

Tom and Harry Dunsdon were tried and executed at Gloucester, but there bodies were returned to Oxfordshire to be hung in gibbets as was the rather gory custom of the time.

There is some disagreement as to exactly where the gibbets stood. It was common for criminals to be gibbeted on a busy road close to the place where their crimes took place so it's possible that this location would have been in the vicinity of the Bird in Hand.

However, more sources point towards either Habbergallows Hill on the A424 near Burford or Capps Lodge near Fulbrook as the gibbet site.

According to June Lewis-Jones, people would visit the gibbets every Sunday for months afterward to see how much of the bodies were left. Eventually, what remained of the bodies was taken down and buried a few miles away at Capps Lodge near the Dunsdon's home village of Fulbrook.

Apparently the initials 'TD' and 'HD' and the date '1784' used to be visible carved into an oak tree at Capps Lodge as a reminder of who was buried there.

The Bird in Hand, Whiteoak Green