Historic view of Fulbrook, near Burford

The Despicable Dunsdons of Fulbrook

The picturesque village of Fulbrook, a mile north of Burford, was the birthplace of three of the Wychwood forest's most notorious robbers. The Dunsdon brothers, Tom, Dick and Harry, used a cottage across the country border in Icomb, Gloucestershire as their base and committed a number of crimes in the area including holding up the Oxford to Gloucester coach and stealing £500 (a lot of money in the 18th century).

The Dunston brothers are perhaps best remembered for the crime that eventually led to the death of one and the capture of the other two brothers. The trio had planned to rob a manor house in the vicinity of Tangley Wood but had been overheard discussing their plans over a drink at a local inn. When they arrived at the manor the occupants were expecting them!

The brothers arrived at the manor planning to either cut or break a hole in a door so that Dick could reach his arm in and unlock the door from the inside. Unfortunately for the hapless burglar, a butler was waiting on the other side of the door with a rope which was slipped over Dick's groping hand, and in a moment he had tied Dick's arm directly to the door handle.

The unfortunate Dick cried to his brothers for help. A voice was heard shouting 'Cut! Cut' and there was the sound of the blow of a sword against the door, followed by a scream. Rather than cutting the rope, the poor man's whole arm had been severed! Leaving the arm still tied to the door, Tom and Harry managed to get their injured brother onto his horse and away, leaving a trail of blood behind them.

Dick was never seen again and presumably died of his injury. His brothers were finally brought to justice following an incident at a race meeting at Burford on Whit Sunday 1794 where the brothers shot and killed a fellow race-goer before being overpowered by other race-goers. The two were sent to Gloucester where they were tried and hanged, their bodies being returned to be gibbeted near Burford. 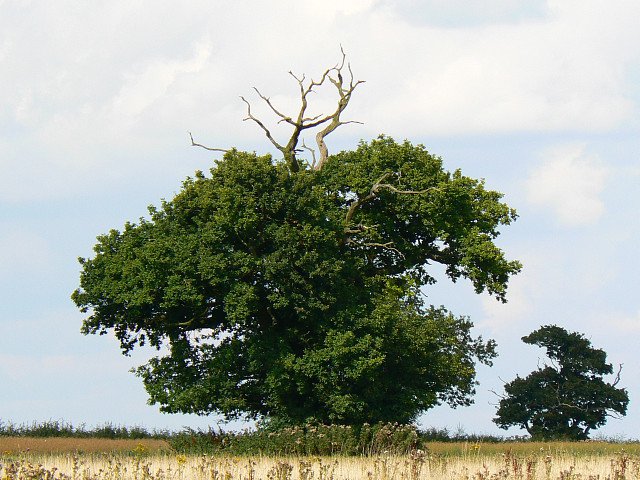 Accounts of the exact location where the brother's bodies were gibbeted vary. According to Westwood and Simpson's The Lore of the Land, the location wasHabber Gallows Hill, just off the present A424.

According to Christine Bloxham's Folklore of Oxfordshire, the gibbet location was an oak tree at Capps Lodge near Fulbrook on the A361 which is still marked 'Gibbet Tree' on Ordnance Survey maps today. Bloxham adds that the initials 'H.D.' and 'T.D' and the date 1784 were carved into the tree and that locals from Fulbrook and Burford would congregate at the tree on Sunday afternoons to see how much of the bodies were left!