Mary Blandy at the Angel Inn

The ghost of 18th century poisoner Mary Blandy is reputed to haunt many buildings throughout Henley-on-Thames, including Blandy House and the Kenton Theatre. Sitting just across the river at Remenhem, the Angel Inn is another.

Mary flees the scene of her crime

Details of how Mary came to murder her father, and her subsequent trial and execution can be found in our Mary Blandy's House article, but the Angel Inn (nowadays known as The Little Angel Inn) fits into the story because it is to where Mary Blandy allegedly fled after committing the murder for which she is famous.

According to one version of the story, Mary was friends with the landlady who gave her sanctuary at the inn after Mary fled the scene of the crime. According to another version, Mary tried to reach the inn but was turned back by an angry mob. 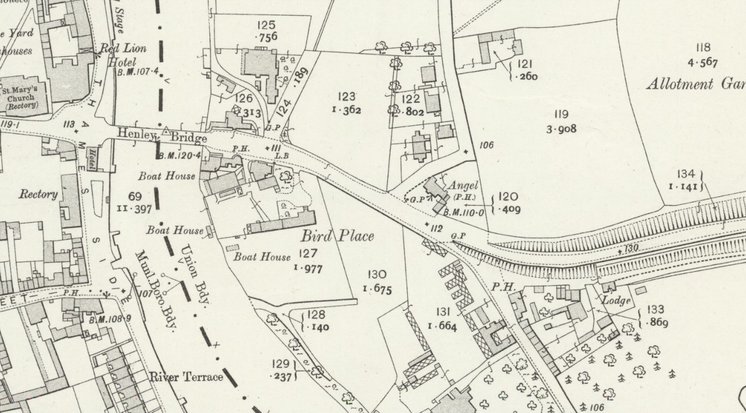 Whichever is true, there have been a number of reports of supernatural phenomena associated with the inn which many attribute to the unhappy ghost of Mary Blandy.

Reports from the 1950s mention the sound of tramping footsteps and banging doors being heard from the upstairs of the building, as well as unexplained knockings at the front door.

The figure of a hysterical woman has also been seen crying on a couch.