A labyrinth for King Henry's lover

According to legend, when Henry married Eleanor of Aquitaine he kept his ongoing relationship with Rosamund secret, keeping her hidden from his queen at a special house he constructed for her in Blenheim Park.

The house was cleverly hidden at the centre of a labyrinth, or hedge maze, similar to that which can be visited in Blenheim Palace gardens today. Due to the complexity of the maze, Queen Eleanor was unable to find her way through and discover what was at the centre.

However, calamity struck for Henry and Fair Rosamund when the King accidentally snagged an item of his clothing while leaving the maze and unknowingly left a thin skein of silk exposing his path through the maze.

Queen Eleanor discovered this skein and following it, discovered Fair Rosamund in her house at the centre of the maze. The queen forced Rosamund to choose between death by dagger or a bowl of poison. She chose the latter. 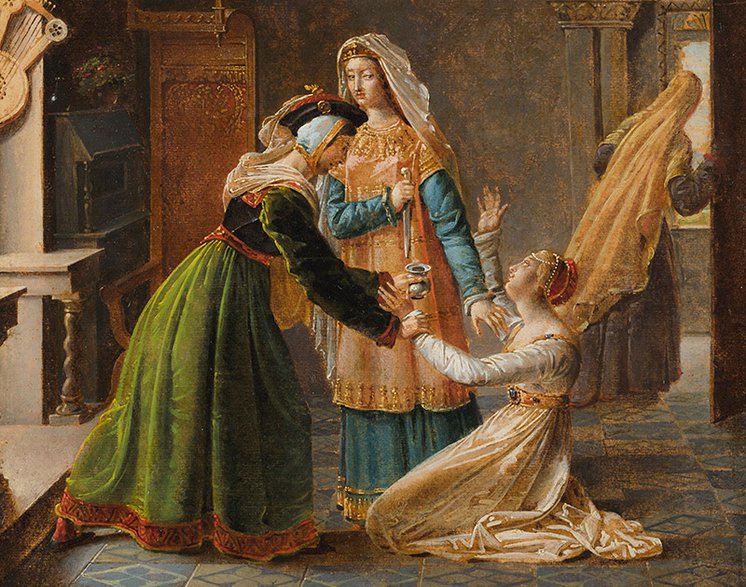 The ruined foundations of a building containing a well that can still be seen on the western side of the lake at Blenheim Palace are said to be what remains of the house, variously referred to as 'Rosamund's Well', 'Rosamund's Bower' or 'Rosamund's Maze'.

There is another version of the Fair Rosamund legend which may be closer to the truth. In this version after marrying Queen Eleanor, Fair Rosamund was forced to go into seclusion as a nun at Godstow Nunnery, near Wolvercote, where she died at around age 30.

Lady Rosamond's ghost is said to still haunt Godstow Nunnery and also The Trout pub in Wolvercote, another site where she and the King are supposed to have met for a romantic tryst.