Sandford Lasher is the name given to the weir just above the lock at Sandford-on-Thames, adjoining the island known as Fidler's Elbow.

The calm surface of the water above the weir is deceptive, hiding strong currents below the surface that will drag unwary swimmers down and into the grasp of the weir. 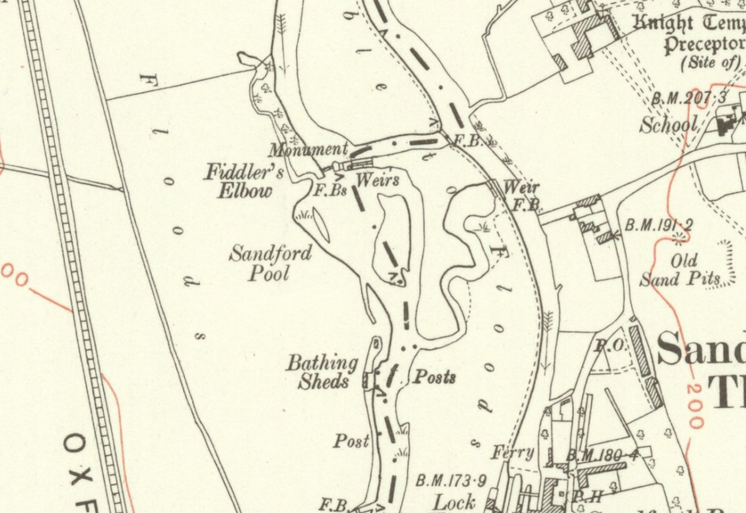 Map showing the weir known as Sandford Lasher, circa 1910.

At the middle of the weir stands an obelisk that acts as a memorial to two young students from Christ Church College who lost their lives here in 1843.

Thomas Gaisford had been swimming in the river on 23rd June 1843 when he found himself struggling against the dangerous currents. His friend William Gaisford dived in to try and help him but he was unable to save his friend and both lost their lives.

These two are not the only ones to have lost their lives at this spot. The names of three other students of Christ Church who died at this spot were later added to the monument, George Dasent in 1872 and Michael Llewelyn Davies and Rupert Buxton in 1921.

Other student victims of the deadly 'lasher' include:

The danger of swimming in this spot became notorious, but it apparently didn't dissuade people. Charles Dickens Jr in his Dictionary of the Thames commented that the weir 'had almost yearly demanded its tale of victims, and it is almost inconceivable that people will continue year after year to tempt fate in this and other equally dangerous places.'

Jerome K. Jerome in his classic Three Men in a Boat describes the spot as 'a very good place to drown yourself in' and comments that 'the steps of the obelisk are generally used as a diving-board by young men now who wish to see if the place really IS dangerous.' 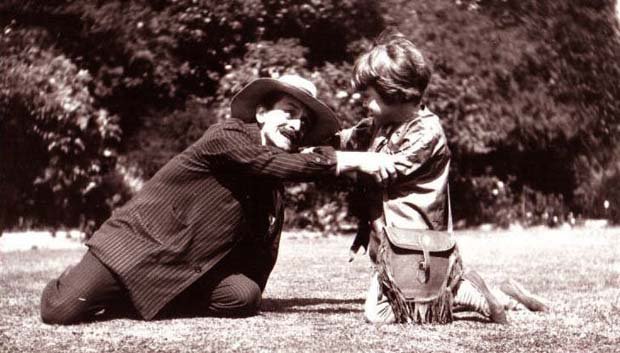 The inspiration for Peter Pan

The death of Michael Llewelyn Davies, who drowned here in 1921 is particularly poignant, as Michael was the foster son of J.M. Barrie, author of Peter Pan.

Michael is widely believed to be the inspiration for the character of Peter Pan, so for the 'boy who wouldn't grow up' to die at such an early age is very tragic.