The Ghost of Lord Lovell

Nestled beside the River Windrush in the picturesque Evenlode valley, the ruins of Minster Lovell Hall have inspired a number of ghostly legends.

Francis Lovell, 1st Viscount Lovell, was a supporter of Richard III during the War of the Roses. After the defeat of the Yorkists at the Battle of Stoke Field in 1487, Francis Lovell is said to have gone into hiding in a secret room at Minster Lovell Hall.

The only person who knew of his presence was a faithful servant who locked him into the secret room and brought him his food. According to legend, the servant died unexpectedly, leaving Lowell to die an unpleasant death by starvation.

When the building was renovated in 1718 a vault was said to have been uncovered, containing the skeleton of a man sitting at a table with a skeleton dog at his feet.

This gruesome sight was apparently witnessed for only a moment. According to the story, as soon as the skeletons were exposed to fresh air they immediately crumbled to dust!

Ghostly wailings are said to be heard around the now-ruined grounds of the hall, and footsteps are heard to pace around the ruins. Some have reported seeing the ghostly figure of a tall man in a cloak pacing around the ruins. Is this the ghost of Lord Lovell? 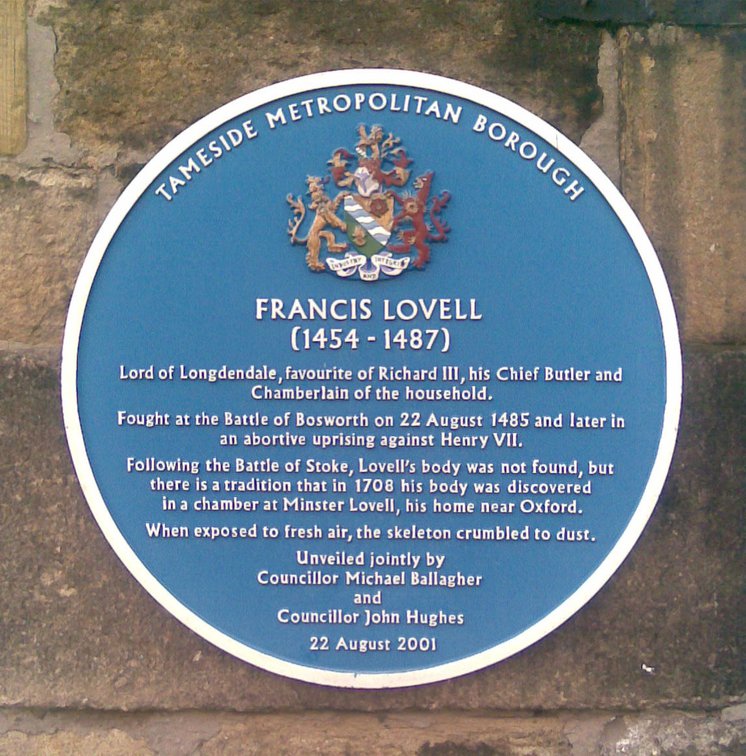 The Mistletoe Bride at Minster Lovell

Minster Lovell Hall is also one of the places in the UK said to have been the location of the folk story known as 'The Mistletoe Bough', or sometimes 'The Mistletoe Bride'. The story concerns a wedding day on which the happy young bride decides to celebrate by playing a game of hide-and-seek about the hall.

The bride chooses to hide in a chest in a remote attic and the lid falls closed, locking her in. Her friends and family are unable to find the girl, and eventually, give up the search. Eventually, many years later, the attic is being cleared out and a skeleton wearing a wedding dress is found locked in the chest.

According to Berry Puttick in Oxfordshire Tales of the Supernatural, the figure of a woman in a white dress haunts the ruins of Minster Lovell Hall, the unhappy ghost of the bride who died on what has supposed to be her most happy day. Puttick notes that the chest in which the bride was supposed to have died is now in Greys Court, near Henley-on-Thames, another house that was owned by the Lovell family.