The Ghost of Sir George Cobb

Sir Georges Lane, near Adderbury's village green, is the site of the former home of Sir George Cobb, who is said to haunt the area after his dying wish was ignored by his relatives.

Sir George Cobb was the last of the Cobb baronetcy, which became extinct in 1762 when Sir George died without leaving a male heir to inherit the title. However, it is not his lack of an heir that prevents his spirit from resting.

Cobb was apparently very fond of four fine old oak trees that stood on his land, and before dying he made his relatives promise that these four oaks would never be cut down.

However, sometime after Sir George Cobb passed away it seems the family disregarded his wishes and allowed all four trees to be cut down. The result was that the unquiet spirit of George Cobb returned to haunt the area around his former home.

According to Ross Andrews in Paranormal Oxford, George Cobb's funeral coach can sometimes be seen riding through the streets of Adderbury. Other sources claim it is a regular coach and four horses rather than a funeral one, but that the horses breath fire! 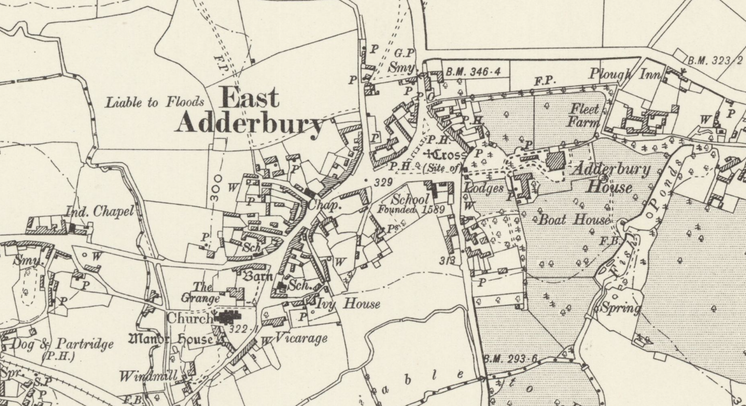 Another unpopular aristocratic with a ghostly coach?

According to this post on folk music website Squeezed Out, Sir George Cobb was not popular in the local area. This fact makes it hard not to draw comparisons with other unpopular Oxfordshire aristocrats like the Tanfields of Burford, the Wilcotes of North Leigh and Sir James Dashwood of Kirtlington, all of whom are believed to haunt the area around where they lived.

At first glance, it might seem a curious coincidence that the Tanfields, the Wilcotes and Sir George Cobb's ghosts all appear riding a spectral coach. However, this is perhaps not as surprising as it seems. Being members of the aristocracy, they would not be expected to tramp around the countryside on foot!

It is likely that the only times that 'common folk' would see them would be passing by in their coach or carriage, so it's unsurprising that word-of-mouth rumours about their ghosts would characterise them as appearing in this mode of transport. 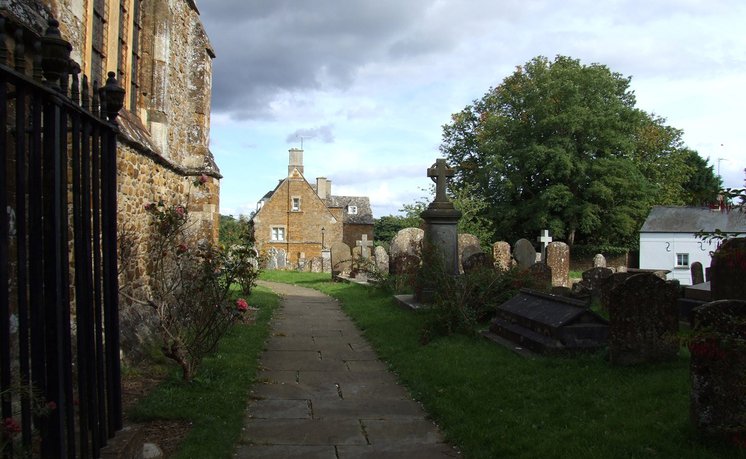 A view through the churchyard at St. Mary's Church, Adderbury. Credit: Photo by Timelapsed, licensed with CC BY-NC 2.0, via Flickr.

Watch out for that moat!

Although the legend about Sir George Cobb sees him gasping out his final wish to his relatives on his death bed, the reality of his death may have been very different.

According to A Genealogical and Heraldic History of the Extinct and Dormant Baronetcies of England (Burke & Burke, London, 1838), Sir George Cobb actually died by drowning at the advanced age of ninety-two after accidentally falling into the moat at the home of his friend John Blagrave, Southcote Manor near Reading!

Despite the name, the building called Cobb House in Chapel Lane isn't the same building in which Sir George Cobb and his ancestors lived. The original Cobb mansion was further to the east, nearer the green. The building had fallen into disrepair by early 19th century and was partly demolished in 1815 and the stone used to build a number of nearby cottages.

Today, the only thing that remains of the original Cobb mansion is the 17th century gate posts.