Sir William and Lady Wilcote were a pair of nobles who owned the manor at Wilcote in the 14th century. Like Lord and Lady Tanfield at Burford, they were despised in life and featured in notable hauntings after their deaths.

There are a number of legends associated with their tombs at St. Mary's Church in North Leigh, but their restless spirits are believed to also haunt the village and manor that shares the Wilcote name.

Like Lord and Lady Tanfield, the Wilcote's ghosts are said to be seen riding a coach and four horses up and down the avenue in front of their old home, Wilcote House.

In other versions of the story, their coach is seen flying through the sky above Wilcote and over to their graves at North Leigh. 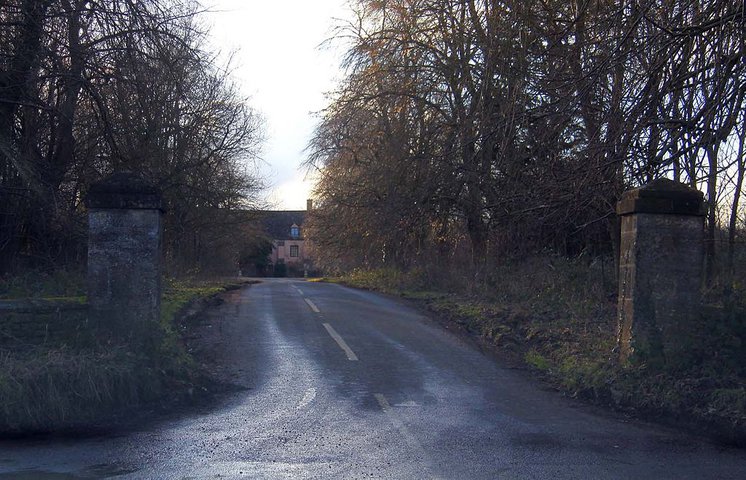 The avenue leading to Wilcote House, where Lord and Lady Wilcote were said to ride their spectral coach. Credit: Steve Daniels, via Wikimedia Commons

Another story about Lord Wilcote's ghost is that he used to persistently ring the bell at St. Peter's church at night, to the extent that it became a nuisance. A brave visiting rector questioned the ghost, who told him that he could not sleep in his grave as long as the clapper remained in the bell.

The haunting stopped when the clapper was removed and thrown into a local pond. A belief persisted that if ever the pond was drained and the clapper recovered, bad things would befall the village.

According to Violet Mason, quoted in Westwood & Simpson's The Lore of the Land, the pond was at one point drained for cleaning. Untoward and unaccountable things hindered the work. The work was eventually completed but no clapper was found and as a result, the village seems to have escaped any major calamity. 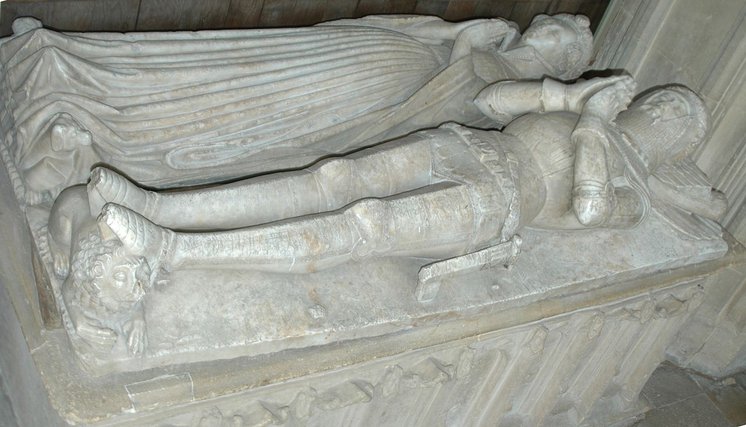 There are alternate versions of the legend in which a number of clergymen (either seven or twelve) were required in order to communicate with and 'lay' the ghost, but the ghost's fixation with the clapper in the church bell remains the same.

In another version recorded by the folklorist Katherine Briggs, the ghost took the form of a black dog that haunted the woods at Wilcote. In this version, the clapper was not one from the church bell, but a wooden one used for scaring birds, and there was not one clapper but two.

A ritual was carried out that involved saying a prayer over a newly-born baby, before throwing the two clappers into different ponds. As in other versions of the story, if the clappers were raised out of the ponds and reunited the hauntings would start up again.