Burford Priory was built on the site of a 13th Century Augustinian hospital. Now a private home, ghostly phenomena at the Priory have long been reported.

Reports include telekinetic phenomena, unearthly screams, the sound of a bell tolling at 2am and disembodied singing near the site of the monk's old graveyard.

The apparition of a brown monk has been reported, perhaps unsurprisingly given the building's religious origins. 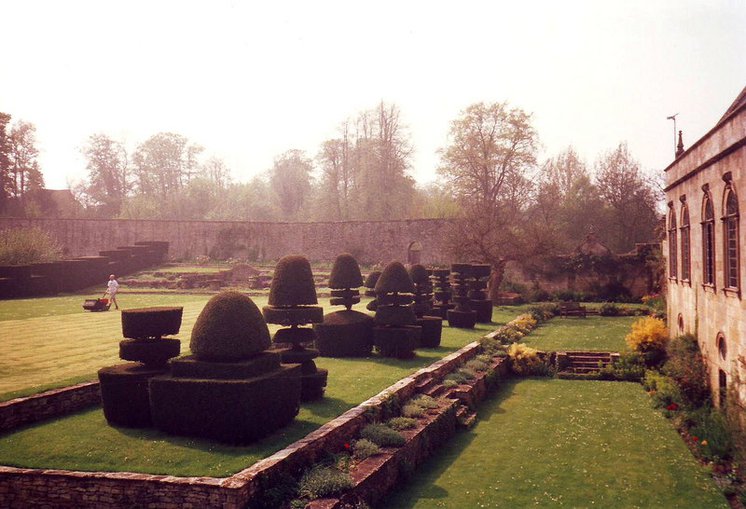 A gamekeeper framed for murder

The grounds of Burford priory are also reported to be haunted by the ghost of a gamekeeper carrying a blunderbuss or flintlock pistol. It is believed that this haunting is connected to a murder that took place in the late 17th century.

Until his death in 1662, Burford Priory was owned by William Lenthall, the speaker of the House of Commons. Lenthall was survived by his wife Elizabeth, but rather than leaving the priory to his wife, Lenthall had put it in the charge of two trustees until his son was old enough to inherit.

Elizabeth remarried to James Hamilton, 5th Earl of Abercorn, and it appears that there was some animosity between Hamilton and the trustees, who Hamilton saw as standing in the way of his rightful ownership of Burford Priory.

When one of the trustees, a man named John Pryor, was found dead in the ground of Burford Priory, suspicion immediately fell on Hamilton. However, when the case came to trial Hamilton was found innocent amid accusations that he had bribed the jury.

The crime was then pinned on a local gamekeeper, who was hanged for the crime on slim evidence. According to Betty Puttick, his ghost was seen regularly in the priory vegetable garden until the resident nuns prayed for his soul and the haunting came to an end.